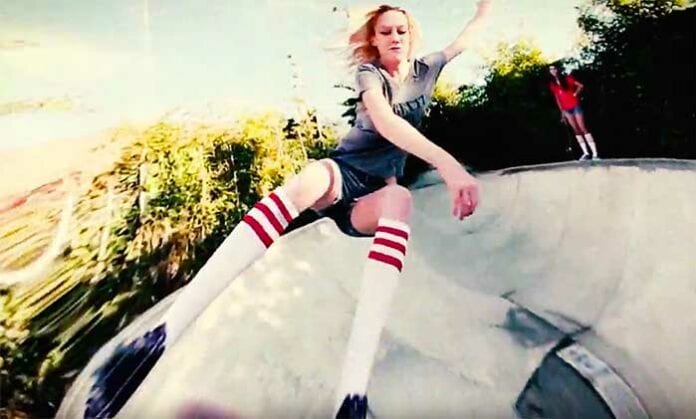 Primitive Race debut the video for “Turn It Up (Dave Lombardo Mix)” with the skateboard themed clip arriving as the band prepares to release the remix album Cranial Matter on Friday via Metropolis Records.

The clip for “Turn It Up (Dave Lombardo Mix)” is an homage to female skateboarders, particularly Hall of Famer Cindy Whitehead, who was Chuck Mosley’s sister-in-law. “The first time I met Chuck he was playing here in Los Angeles — it must have been about 1993 and I really had no idea what type of music he played when my then boyfriend dragged me off to hear him,” explains Whitehead. “When I walked into the venue it was super loud, and he was larger than life, screaming lyrics at the audience, who were going nuts in response. Even though I wasn’t familiar with his rock/metal/punk background, I knew that his intense stage presence was something special. What I didn’t learn until many years later was that my brother-in-law was also the sweetest, most supportive guy around. In recent years he would rock one of our ‘It’s Not About Pretty’ vintage flannels that supports girls in skateboarding on stage at almost every show he did. And if someone admired it, he’d give it away to spread the message and I’d get a call asking if I could ship yet another couple out. He may have been a hardcore musician and legend, but to me he was so much more.”

“It felt very natural when conceptualizing a video to involve Cindy and her skating team,” explains Primitive Race founder and bass player Chris Kniker. “Chuck was extremely proud of Cindy’s accomplishments and his passion for skating can be traced back decades as well. This was the perfect backdrop to honor him in a cool but personal way.”