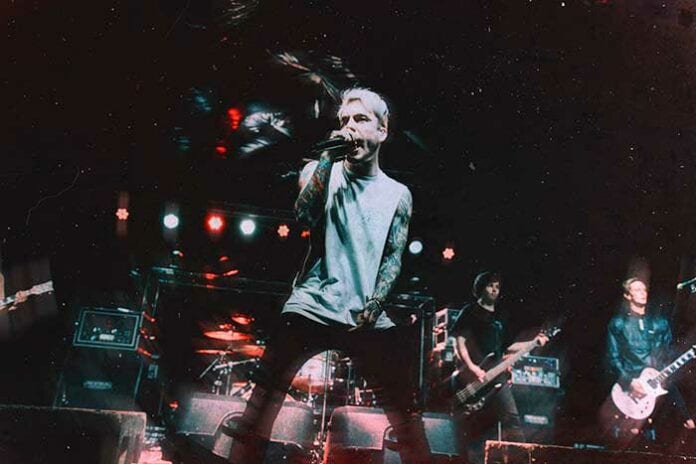 “Li(f)e” is the latest single from Fargo, ND metal band Glass Houses. It tackles the subject of life and death. It’s predicated on the notion that “death comes for us all” and wrestling with that fear and anxiety. It takes the stance as a battle cry to live your life fighting for yourself and the people you love. And each day that you’re alive, you’re winning the battle of “Life vs. Death.” It’s written as if Death is the ultimate enemy, and even though it’ll win in the end, life is worth fight for everyday you’re alive.

Glass Houses – formed in late 2014 based out of Fargo, ND and comprised of Josh Haider (Vocals), Mark Sands (Bass/Vocals), Tanner Leier (Guitar), Robert Whiteside (Guitar), and Lucas Wiggins (Drums) – recorded their debut album “Wellspring” in March of 2016 with producer Josh Schroeder (The Plot In You, The Color Morale, King 810) which was released in September of 2016 via InVogue Records. The band has supported the release with multiple U.S. and Canadian tours/festivals including the InVogue Records Tour, which ended with a spot on the Fall 2016 So What Fest in Dallas TX.

With the completion of their ambitious and more diversified/refined second record featuring co-writes from Josh Moore of We Came As Romans, and Josh Strock (Crown The Empire, Motionless In White, I Prevail) the group released their latest single “Lost Choices”  Oct. 19th 2018. They’re now preparing to undertake a new journey with a fresh vision and focused intent to turn heads and achieve everything they set out to.