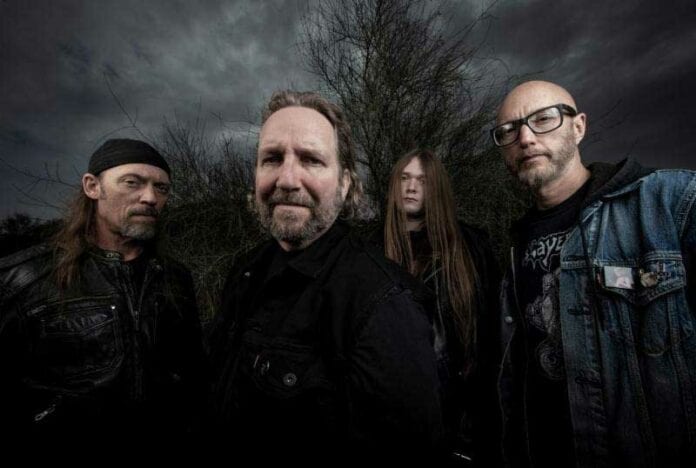 Speaking on the track and it’s accompanying video, frontman and bassist Phil Rind says, “Manifest Reality is about overcoming mental obstacles and becoming the change we want to see in the world. No one is coming to save us. It’s up to us. The song is very positive and encouraging.

“The video directed by the supremely talented Mark Pellington, shot by the incredible Ann Evelyn Lawford and talented corps of dancers choreographed by Nina McNeely presents a dichotomy. It shows the struggle we face day to day, moment to moment in overcoming the habits we have created that hold us back. The conflict between our best and worst instincts. Releasing grief and overcoming isolation. The yearning for something better.”

To celebrate the release of Awakening, Sacred Reich will be hosting an album launch party on release day (Friday August 23rd) at True Tattoo in Hollywood, CA.

The private album launch party will take place from 9pm – 11pm. The band will be in attendance and the event will be hosted by LA legend Metal DJ Will. The first 50 fans to sign up will have a chance to attend; fans can submit entries now here.