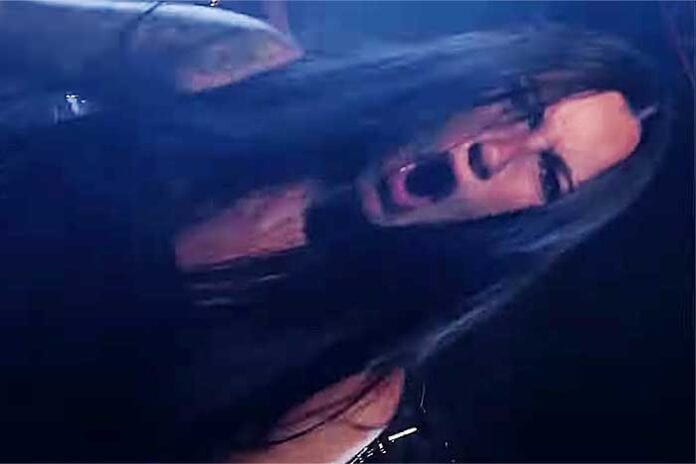 Newly-staffed femme thrash metal engine NERVOSA has released its explosive third single, “Under Ruins,” cut from the band’s upcoming full-length album, Perpetual Chaos, to be released this Friday on January 22, 2021 via Napalm Records.

As a harbinger of their new record, Diva Satanica’s powerful and aggressive vocals draw the listener into the heavy vortex of NERVOSA’s pure energy. Along with an official music video, the new track highlights the difficult topic of a homeless child left to survive on the streets.

NERVOSA’s upcoming full-length, Perpetual Chaos, marks the beginning of a new era whilst also underlining their straightforward lyricism and style. From political grievances and amplifying the voices of minorities to protesting against factory farming, capitalism and succumbing to the ill-informed musings of social elites, these commanding women do not mince words.

Guitarist Prika Amaral comments:
“It was a wonderful experience with these girls, they are all very talented and did an excellent job, I have never been so happy with the final result of a record. I chose Artesonao studio in Malaga, because it is isolated and in an extremely beautiful place, we worked hard but we had the best vibe between us.”

OUTBURN MAGAZINE BACK ISSUES ON SALE FOR 50% OFF!