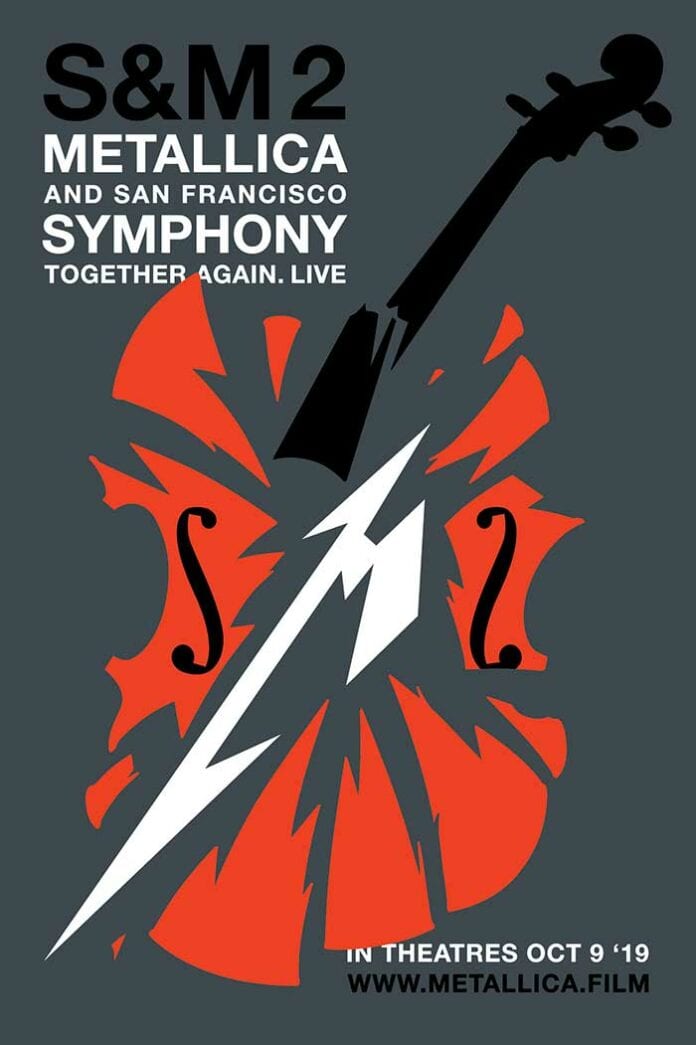 THE FILM WILL FEATURE THE FIRST LIVE PERFORMANCES OF S&M ARRANGEMENTS IN 20 YEARS PLUS RENDITIONS OF SONGS WRITTEN AND RELEASED SINCE ORIGINAL SHOW.

TICKETS ON SALE FROM AUGUST 7 FROM METALLICA.FILM

Tickets will be on sale on August 7 from metallica.film.

The original S&M concerts were performed by Metallica and San Francisco Symphony and conducted by the late Michael Kamen in spring of 1999 at the Berkeley Community Theatre. 2019’s S&M² concert will feature the first live performances of these arrangements in 20 years, plus the first-ever Metallica and San Francisco Symphony renditions of songs written and released since the original concert, with new orchestral charts by Bruce Coughlin.

Legendary conductor Michael Tilson Thomas completes the first week of his final season as San Francisco Symphony Music Director with a special appearance, conducting a portion of the show.

Kymberli Frueh, SVP for Programming and Content Acquisitions at Trafalgar Releasing has said: “Trafalgar Releasing is excited to give Metallica fans around the world a chance to celebrate this anniversary concert together in local cinemas in October.

The original collaboration between two San Francisco legends—Metallica and San Francisco Symphony became a true moment in music history two decades ago. Reuniting again to perform S&M² is a salute to the legendary collaboration and creates a special moment for Metallica fans to see this iconic pairing.”

The event will be screened in cinemas around the world on October 9. More information can be found at metallica.film, where fans can sign up for event alerts including when tickets go on sale.