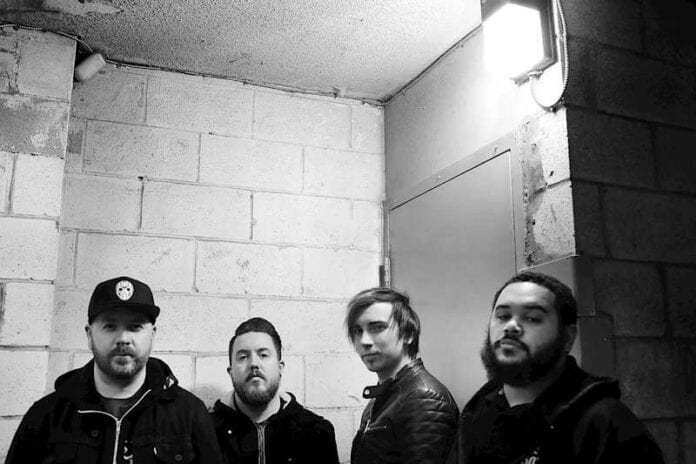 “‘Worship Song’ was a natural reaction for us. After everything the last two years showed us, it really served as the fuel for this song to really come together. True colours and all that,” says Thomson. “Plus, we were able to have someone come do some vocals on the song, and it was truly just an amazing honour to have them involved. It’s weird how a song becomes a focal point, but this one is definitely it for us.”

Unrestrained and chaotic, Failed Gods is Sparrows’ way of purging themselves of all the anger and frustration that builds up inside them — the personal, the professional and the political. It’s ferocious and pulverizing, but not unrelenting. While songs like “Worship Song” find them at their most deafening, others like “Black Gold” offer the quiet, melodic inverse. Channelling influences like Hopesfall, Cave In, and Thrice, Sparrows are constantly taking moments to catch their breath before lashing out again with all their might. This is a band that burns with a fiery rage and keeps that flame roaring by doing only what they know best. After all, fire cleanses.

“Basically everything we do now is telling everybody to fuck off. The way we’re releasing the record, the way we’re going to tour, the way we’re doing everything is kind of like the kid at the back of the bus who just keeps flipping everyone off all the time,” says Thomson. “We’ll make this work however it is that it’ll work for us, and that’s good enough.”