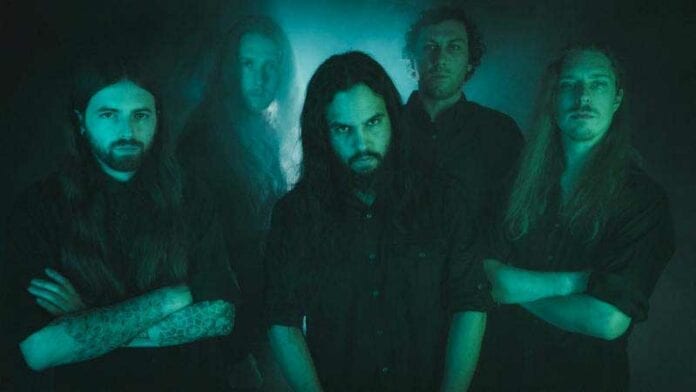 Creator-Destructor Records welcomes Redwood City, California symphonic/melodic death metal quintet CREPUSCLE. The label is preparing the band’s second LP, Heavenly Skies, for release this fall. Additionally, CREPUSCLE will support new labelmates Light This City on their tour through the Southwest US this week.

Following their initial demo in 2013, CREPUSCLE – a reference to the time of day immediately following sunset – independently released their debut full-length, Draconian Winter, the following year to critical acclaim, including a sponsorship from ESP Guitars. The band’s epic and intense songs blend elements of melodic death metal and symphonic, orchestral finesse, delivering excellent songwriting and instantly infectious movements in the vein of Wintersun, Hypocrisy, Kalmah, and Insomnium. After a five-year wait, the band is now ready to unveil their long-awaited second album,Heavenly Skies.

The members of CREPUSCLE proclaim of the signing, “We could not be more thrilled to join forces with Creator-Destructor Records and contribute our symphonic metal stylings to their incredibly diverse roster. We have admired mastermind Ben Murray’s work with the label and Light This City for years, so we are honored to be working with a seasoned veteran who believes in our vision and is as eager to help us spread our music as far as possible. We are ready to unleash Heavenly Skies to the world and could not have asked for better allies to help us in this endeavor.”

The track listing for CREPUSCLE’s Heavenly Skies and its cover art by German artist Aerroscape have been posted. Creator-Destructor will release the album on October 11th. Watch for new updates including audio premieres, preorders, and more to be posted in the days ahead.

This week, fans in the Southwest US can catch CREPUSCLE performing material from the impending album as they support Light This City on a tour through the region.