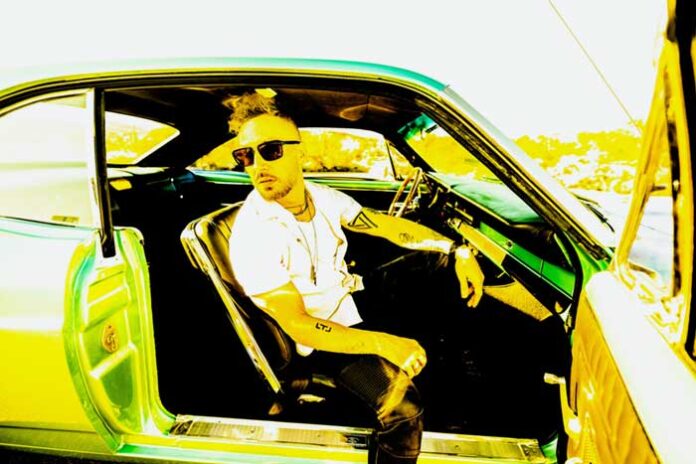 Greg Puciato releases his sophomore solo album, Mirrorcell, on June 17 via Federal Prisoner. News of the hotly-anticipated album’s impending arrival comes with today’s premiere of “Lowered” and its Jim Louvau and Tony Aguilera directed video. Featuring a duet between Puciato and Code Orange’s Reba Meyers, the four-plus-minute song is evocative of the album’s tone: a medley of raw insight and vulnerability juxtaposed against an exhilarating musical backdrop.

“When she came to the studio we had like…zero vocals for that song. I had been a little unusually stuck with that one lyrically and as far as vocal phrasings and melodies,” Puciato explains. “Reba and I had such an explosion of musical and personal chemistry right away, and we ended up writing and recording all of the vocals in about six hours. It was one of the purest collaborations I’ve ever done, in terms of feeling, just really natural and explosive. She really blew me away overall. The combined energy was instant. That song turned into something really special because of that energy.”

Mirrorcell’s arrival caps what has been a particularly prolific period for Puciato. From The Black Queen, to his debut solo album (Child Soldier: Creator of God), Killer Be Killed’s 2020 collection (Reluctant Hero), Puciato’s contribution to Jerry Cantrell’s Brighten, and his recent collaboration with Carpenter Brut, the provocative frontman has shown just how diverse he is.

Nergal’s ME AND THAT MAN Releases New Single and Official Video...