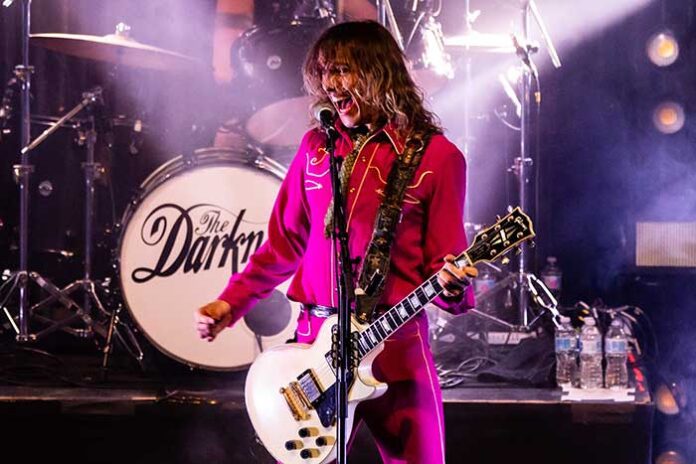 On March 16th, The Darkness and The Dead Deads rocked out at the Regency Ballroom in San Francisco.

Opening up the show was The Dead Deads—an all female rock group that got the crowd excited and ready for the rest of the night. They had a great mix of songs and were full of energy. The crowd was pouring into the venue as they were performing, but everyone who was walking in was immediately focused on their set, and even those who didn’t know the band were able to connect and enjoy their performance.

Next up was The Darkness, the band everyone was thrilled to see. They played a great mix of material during their 16 song set list. They walked on stage to “Arrival” by ABBA, and the first song they performed was “Welcome Tae Glasgae.” Additionally, they played songs like “Motorheart,” “Solid Gold,” “Heart Explodes,” “Friday Night,” “Barbarian,” and, of course, “I Believe in a Thing Called Love.”

During the show their singer Justin had an outfit change from his pink suit to a gold jumpsuit. The crowd was having a great time the entire show and were singing and dancing along all night.