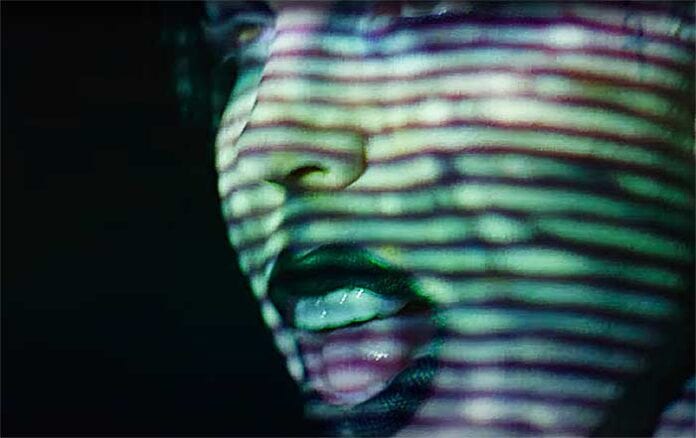 DEAD GIRLS ACADEMY is delivering another act of rock and roll chaos with “Agonize,” the band’s third music video from their new album Doves In Glass Houses, available digitally worldwide. Like any good mystery, Doves In Glass Houses peels back the layers of a compelling, emotional and dramatic life led by DEAD GIRLS ACADEMY linchpin and vocalist Michael Orlando. The overcoming of demons and redemption reveals the answers and other intriguing questions paralyzing Orlando’s life.

Filmed by director Scott Hansen (MOTIONLESS IN WHITE, A DAY TO REMEMBER), Orlando adds, “We literally shut down the Hard Rock Café on the Las Vegas Strip. Scott had the vision of using a movie projector on my face and body, projecting occultist type images throughout. I’m known for publicly airing my dirty laundry through my lyrics,” admits Orlando, “but with this song I really wanted to take those bottled up feelings from a toxic relationship and get them off my chest, once and for all.”

On the visual imagery behind DEAD GIRLS ACADEMY, Orlando adds, “I wanted to venture back into my goth roots and create something close to my heart. I used to be bullied nonstop about the way I dressed and the makeup I wore. It was a constant battle! There were so many industry people and fellow artists that gave me a hard time about my stage name, ‘Michael Vampire,’ and the fact I tried to keep a mystique about myself. Nowadays, things have drastically changed for the better. You have artists like Yungblud, Palaye Royale, Ghostemane and even Machine Gun Kelly wearing makeup proudly! I felt it was time to bring back the old me with a 2020 twist and I am very thankful I did. I finally feel like myself again!”

TIMES OF GRACE Shares New Single and Video for “Medusa”