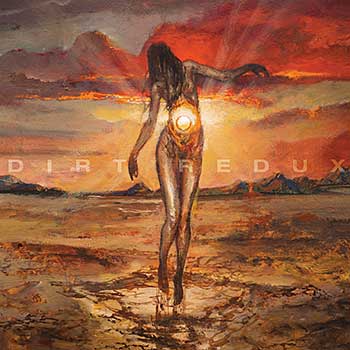 METAL MEETS GRUNGE: Dirt (Redux), the latest volume in Magnetic Eye’s Redux Series, finds 13 heavy bands tackle the baker’s dozen of tracks on Alice in Chain’s classic record Dirt. And while this is a truly novel idea and experiment in sound, as is the case with most cover albums, Dirt (Redux) is a mostly uneven album with its ups and downs, though it does deliver some fresh and unique looks at these time-honored tracks.

Thou’s take on “Them Bones,” a classic entry in the Alice in Chains canon, is an interesting take on Alice in Chains’ vaunted two vocalist approach, with one vocalist handling the straightforward clean portion, while the other provides backing extreme metal vocals, which detract and distract for the most part. Low Flying Hawk’s version of “Dam That River” is sparse, barren, and mostly disjointed. Dirt (Redux) hits, pardon the pun, pay dirt, with “Down in a Hole” by Khemmis, a towering, riff-tastic version at the memorable track, the album’s best track by far to this point. These Beasts follows that up with a fun and sporadic version of “Sickman,” Howling Giant drags the vaunted track “Rooster” down into the murky sludge, but in a good way, making for another album highlight, and Somnuri goes chalk on their cover of the title track, the straightest of the record. They manage to do the original justice, though. “Hate to Feel,” from the band -(16)-, is powerful and methodical with an emphasis on big and heavy riffs, Vokonis pushes the envelope even more with a noisy take on “Angry Chair,” a late highlight on Dirt (Redux). The album closes with The Otolith delivering a doom metal rendition of “Would?” which is worth a few minutes of your time.

The concept here doesn’t always land, but there are a few tracks worth seeking out on Dirt (Redux). ~ Brian Campbell