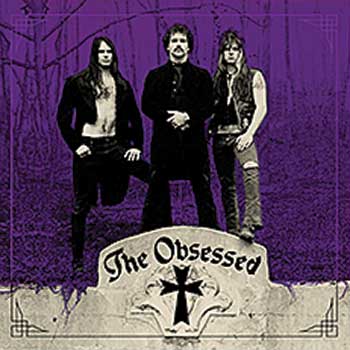 BIKER DOOM REISSUE: Guitarist/vocalist Scott “Wino” Weinrich has recorded with a bunch of bands, but The Obsessed remains one of his most beloved. Although they recorded their self-titled debut in 1985 for Metal Blade, The Obsessed broke up before it could see the light of day, and Weinrich joined doom metal atavists Saint Vitus. It finally got released in 1990, at which point Weinrich left Saint Vitus and reformed The Obsessed, albeit with an entirely different lineup. This initial incarnation of the power trio featured Mark Laue and Ed Gulli, neither of whom went on to do much else. For those familiar with The Obsessed’s 90s albums, Lunar Womb and The Spirit Within, The Obsessed may come as a surprise. It’s a more laid-back affair, rolling out comparatively mellow biker rock jams like “Tombstone Highway” and “Ground Out” at a languid pace. Still heavy, but not as slow as his later doom metal projects (although they could still rock out on tunes like “Fear Child”). It’s also not as good as its successors, with Weinrich still cementing his songwriting style. This reissue contains some raw demo tracks and even rawer live cuts, and they actually add to the experience by documenting the band in its formative stages. Even if the group nailed down its groove with future lineups, this is still an enjoyable piece of history. ~ Jeff Treppel