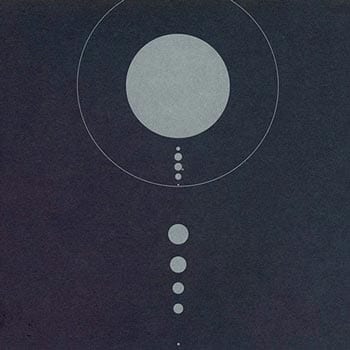 PROG METAL PERFECTION: It would be unfair to suggest that listening to an album from British prog virtuosos TesseracT front to back is anything other than a tripping and immersive experience. That would be a criminal undersell. Simply put, the lads are some of the finest proprietors of progressive metal and the (always debated) djent movement alive today. The band’s fifth studio album, Sonder, builds on the good grace accumulated through their highly acclaimed albums One, Altered States, and Polaris. Sonder is moody, melodic, and filled to bursting with thick infectious grooves, while in contrast, managing to play at times as surprisingly aggressive. It is the best of the abrasive and cutting early days morphed with the epic space opera of Polaris, resulting in a hybrid that is both manic and sophisticated. That careful juxtaposition is most evident in standout cuts “King” and “Juno.” If you’re hankering for some float into space, epiphany inducing slow jams, those are provided through kickoff tracks “Luminary,” the transcendent “Orbital,” and closer “The Arrow.” And while the world class instrumentation is naturally on point, it is haunting vocalist Daniel Tompkins that steals the show, standing out as one of prog metals more malleable and diverse frontmen. Even though there is perhaps a longing for a twinge more aggression and less poetic pathos, Sonder is another triumph for a group with few creative misfires. ~ Dillon Collins