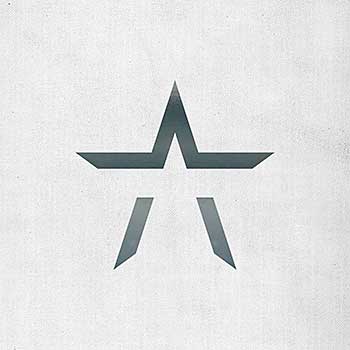 DYSTOPIAN ALT-ROCK: Divisions finds Starset traveling further into the dystopian future ravaged by the misuse of technology they created on their first two releases, 2014’s Transmissions and 2017’s Vessels, while continuing to stray sonically from both albums.

Divisions is truly a mixed bag. On one hand, you have the immersive electronic rock you’ve come to know and love from Starset (“Manifest,” “Echo,” “Telekinetic”) with angular riffs, spectacular melodies, discordant screams, and haunting synth. But, on the other hand, you have a handful of songs that can only be described as lackluster (“Faultline,” “Trials,” “Waking Up”), and the rest of Divisions falls somewhere in-between. Starset’s saving grace, however, is their penchant for crafting massive hooks that tend to linger in your memory banks (“Where the Skies End,” “Perfect Machine,” “Stratosphere,” “Solstice”), thanks in large part to the vocal register and prowess of frontman Dustin Bates, whose ability to lift up songs is something special. Late in the album, “Other Worlds Than These” stops a run of uninspired tracks, delivering an album highlight-worthy moment just when it needs it the most.

Some of Divisions is beautiful and majestic, some of it is avoidable. Regardless of where you ultimately fall, when it comes to Divisions, you have to respect the band’s willingness and aptitude for experimentation and taking a number of sonic chances. Starset is a band that seems ready, willing, and able to continue to push the envelope in terms of their sound, blurring one genre line after another, and Divisions is the result of that. ~ Brian Campbell