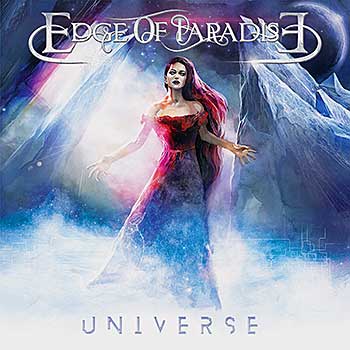 Almost every track is decorated with a hooky and memorable chorus, most notably on “Electrify” and “Hollow.” The more commercial compositions, such as the aforementioned “Electrify” and “Perfect Disaster,” work well on a radio-friendly level, yet maintains a rock/contemporary metal heaviness, just as the entire album manages to accomplish. The album ends with the fiery instrumental “Burn the Sun,” which shows off the band’s technical skills.

Edge Of Paradise has gotten good traction over the past few years with the release of some well received independent albums and heavy national and international touring. The band has been building a faithful fan base one album at a time, and now that they have released its latest on a bigger label such as Frontiers, the band’s stock is certainly on the rise. ~ Kelley Simms