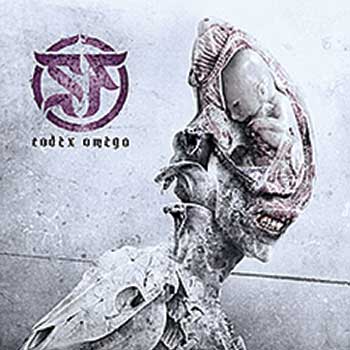 SYMPHONIC DEATH: It’s hard to imagine that Septicflesh—who just love to spite autocorrect anywhere their name is written—could possibly make music any more epic than that contained on Codex Omega. In fact, it’s hard to imagine that anyone could, very much giving the likes of Dimmu Borgir a run for its money in terms of the sheer immensity they bring to bear across 10 songs. With so many bands combining orchestral elements with extreme metal, often it sounds like the former is added once everything else is locked down, but with Codex Omega, the whole thing comes across as the work of a single (gigantic) entity, the interplay between the instruments often sublime. Even in their more introspective moments, which do not come all that often, they still give off an air of implicit grandeur, and, of course, relentless, hideous evil. Not once do they disappear up their collective asshole by overreaching, and so many of the tracks stand out, it’s hard to pick between them. The low, ominous emanations of “Third Testament” definitely hit the mark, while the twisted, Middle Eastern feel and thunderous grooves of “Portrait” kill, though ultimately it’s “Enemy” that wins the day, the only word to adequately describe it being awesome. But then that’s a word that comes up often in the company of this record. ~ Dan Slessor