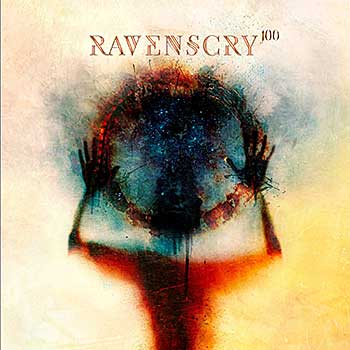 KEEP IT 100: The marriage of aggressive, pounding metal with a silver tongued songstress at the helm is admittedly nothing new, but with 100, Ravenscry makes a strong case for the time tested efficacy of such a strategy. 100, the fourth full-length for the Italian rockers, once again puts on full display the immense vocal talents of frontwoman Guilia Stefani, whose elegant work on tracks like “Maybe” and “The Gamer” puts her in the esteemed company of vocalists like Amy Lee, as well as, predictably, fellow countrywoman Cristina Scabbia of Lacuna Coil.

The sophistication with which Stefani belts out vocals transcends to other elements of the record. The deeply moving piano keys that open “The Entertainer,” for instance, speaks to a more introspective metal album. Conversely, 100 has its share of attitude, from the twin guitars of “Destination: Nowhere,” courtesy of Paul Raimondi and Mauro Paganelli, to the uptempo, Disturbed-esque “Leader.” The juxtaposition of the slow and the fast, the melancholy and the hyper-aggressive, is one of the best parts of the album. The aptly titled “Binary” bursts out the gates with a militaristic rhythm before slowing to a haunting dirge by the end of its four minute runtime, all the while accompanying the angelic Stefani, singing of “the whole spectrum of my mind.” The album’s 11 tracks fly by in a flash, and by the time listeners reach the pensive guitar strings closing out its final track, “The Gatekeeper,” it will be tough to deny that Ravenscry is in a class all of their own. ~ Tyler Davidson