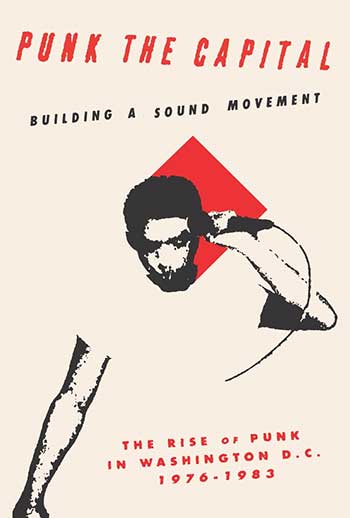 There was clearly a lot of time, effort, and love that went into the creation of Punk the Capital: Building a Sound Movement, and it shows in the final product.

This documentary chronicles the Washington D.C. punk and hardcore scene, from its earliest days in the mid-to-late 70s, on through its 1980s heyday and beyond. The film is thankfully a bit more than your average “talking head” piece, and also never hangs its hat on corny current clichés, such as animated segues. Instead, Punk the Capital presents tantalizingly vintage footage from iconic early performances and combines them with stories from people who were actually there to witness and document what was going down.

The first act is particularly cool, as it touches upon the post-Zappa, semi-psychedelic roots of D.C. bands like The Slickee Boys with a style that feels authentically 70s. Many of those interviewed in the film discuss how challenging it was building a scene in the shadow of both New York, as well as the government buildings where so many of their parents worked every day. The divide between the rock/metal clubs and punk subculture is briefly mentioned, but more time is spent on the founding of Madam’s Organ art collective and the punk scene’s relationship with counterculture hippies and yippies.

There’s tons of footage from the many bands that played Madam’s Organ, as well as other iconic performances from bands like Bad Brains, Minor Threat, SOA, and Faith. Another cool aspect of the doc is how it doesn’t necessarily hinge upon the involvement of such big names as Henry Rollins, Jello Biafra, or Ian MacKaye. Instead, many comparatively “minor” players are interviewed, and they have just as much, if not more, to say than those who went on to break through into the mainstream.

Speaking of those big names, however, it is honestly great to see so many young photos and videos of Rollins and MacKaye doing their thing, not to mention the fiery power of those early Bad Brains sets. The whole thing is filtered through this haze of the post-70s come down, as Carter leaves office and Reagan takes over. It’s the sort of movie that will either fill you with nostalgia or make you wish desperately that you could’ve been there to witness ground zero of one of the U.S.’ most unique hardcore/punk microcosms.

The DVD itself looks great, although given the age of the footage here, A/V quality likely won’t be too much of a sticking point for its intended audience. The addition of subs is much appreciated, in English, Portuguese, French, and Spanish. There’s also some great extra footage, including a piece with Dave Grohl’s old band The Scream that makes this package a must own for anyone remotely curious of seeing where this scene got its start. ~ George Pacheco