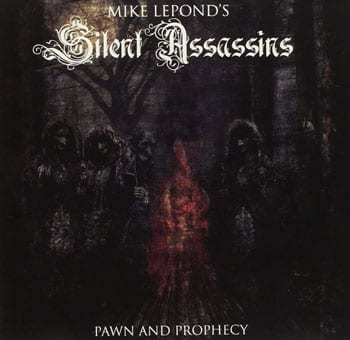 POWER METAL: Mike LePond, the powerhouse bassist of seminal progressive power metal band Symphony X, loves to step outside of his day job, as he has lent his fantastic services to many projects. On its sophomore effort Pawn and Prophecy, LePond enlists a solid guest list of musicians on its eight high-octane tracks. Lead vocalist Alan Tecchio (Non-Fiction, Seven Witches) always makes bands better, and he nails it every time on each track. “Masters of the Hall” is a splendid opener, decorated with majestic gang chanted choir vocals and an engaging chorus. From the dynamic Uriah Heep-laden “The Mulberry Tree,” to the prog infused, jazzy bass lines of “I Am the Bull,” to the classic 80s metal assault of “Black Legend” and the blazing “Hordes of Fire,” LePond and Co. pull out all the stops. The highlight of the album has to be the epic closer/title track, a colossal 21 plus minute masterpiece based on William Shakespeare’s Macbethfeaturing guest appearances from Symphony X bandmates Michael Romeo and Michael Pinella, as well as various female vocalists including Veronica Freeman. It ebbs and flows nicely with many different layers and dynamics. This track alone is worth the price of admission. LePond has struck gold with his Silent Assassins, and Pawn and Prophecy sets the heavy metal bar pretty high. ~ Kelley Simms

SINISTER: Deformation of the Holy Realm