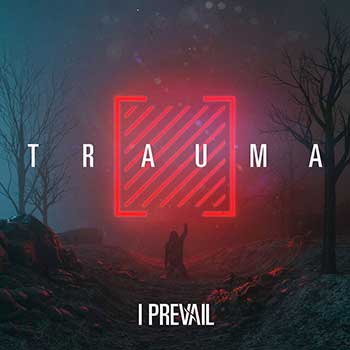 THUNDEROUS HYBRID ROCK: Lifelines, the band’s Fearless debut from 2016, felt and sounded a lot like an A Day to Remember album. Trauma, however, proves that I Prevail has plenty of tricks up its sleeves to set their music apart from the competition. Though the opening track, “Bow Down,” does sound like their previous work (explosive and in-your-face), the album then flips you on your ass with “Paranoid,” introducing I Prevail’s latest direction—fusing hip-hop and club electronica into their music in a surprising and engrossing way. And rather than run their new hybrid formula to death following its reveal, the band has instead interspersed it throughout the record, leaving enough classic I Prevail moments to prevent longtime fans from running for the hills.

As entertaining as their A Day to Remember influence was on Lifelines, this new coat the band wears on Trauma is far more vibrant and interesting. “Every Time You Leave” could own the radio waves with its energizing melody and accompanying female vocals, “Rise Above It” sounds, appropriately, like an uprising, and “Goodbye” balances sorrow and hope, bringing to mind the likes of Fort Minor. Of course, I Prevail’s roots are present and kicking here as well—“Bow Down” and “Gasoline” being the most obvious links to the band’s past. They’re aggressive, furious, and downright mosh-worthy.

Even though I Prevail wasn’t in need of a facelift after just one full-length release, this is certainly one way to make sure you don’t have a sophomore slump. Trauma proves the band has accomplished a lot recently, and there is no doubt that this album will propel I Prevail even higher. So, look out, Trauma is a fucking beast. ~ Nathaniel Lay