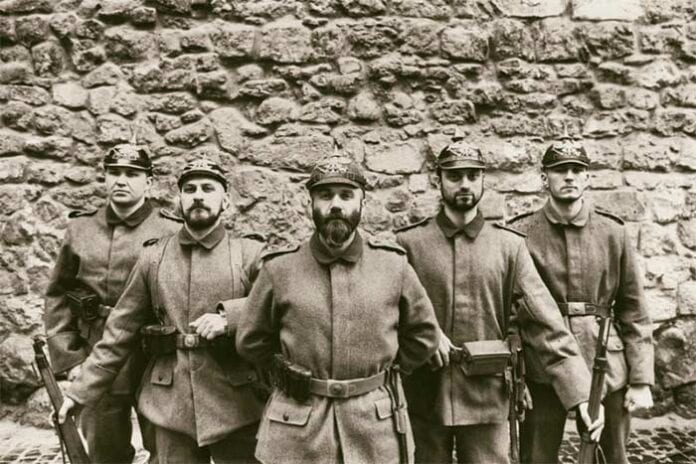 Ukrainian WWI experts 1914 will re-release their breakthrough album The Blind Leading The Blind on Napalm Records on May 31st. The album quickly sold through its initial pressing and is out of print now. With their unique blackened death/doom metal sound, 1914 leads you back in one of the darkest chapters of the last century—they breathe The Great War!

Strongly influenced by genre heroes like Bolt Thrower and Entombed, 1914 released The Blind Leading The Blind, the follow-up album for Eschatology of War (2015), on November 11th 2018, exactly 100 years after the end of WWI, which making them one of the most talked about bands in the genre.

TRIVIUM Share Video for Title Track from New Album What The...