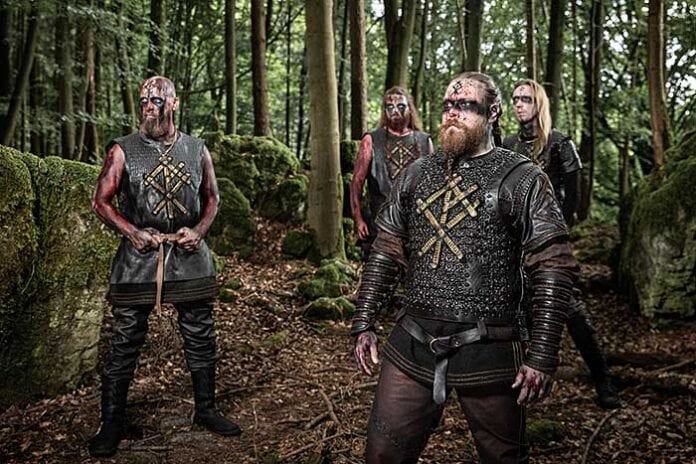 Today, the wolves of VARG release their second pagan metal single “Auf die Götter” (engl. To The Gods), cut from the upcoming full-length, Zeichen, to be released on September 18 via Napalm Records. Along with an artful conceptualized official music video, the track relates to the Viking era and the tradition of worshipping miscellaneous gods, but also to the band’s past.

Shot in an ancient druid grove, the audio-visual embeds the music into the perfect surrounding and atmosphere. Freki’s cutting vocals merge with powerful guitar riffs and a melody that gets stuck in your head! VARG has never forgotten their pagan metal roots and this track marks their pure heritage as they return with full musical power!

Singer Freki states:“We decided to release “Auf die Götter” (engl. To The Gods) as the second single, because it helps our fans to dive deeper into the concept of our new album Zeichen (engl. signs). Before Christianisation, the Nordic mythology had a dominant impact on Viking culture. Gods as Odin, Thor, Loki and Freya embodied the center of belief. “Auf die Götter” refers to this ancient belief and to the traditions within.”