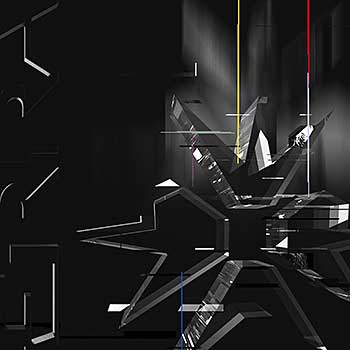 AMERICAN PROGRESSIVE METALCORE: ERRA is back with a self-titled fifth album and UNFD label debut that sees frontman JT Cavey and his cohorts really kicking things into overdrive. The intricate riffage and soaring vocal melodies of guitarist/vocalist Jesse Cash are even catchier than prior records—look no further than the band’s first single and album opener, “Snowblood.”

ERRA has always been at the head of the pack in this subgenre, but the new record really throws down the gauntlet and has them outshine many of their peers. While metalcore can easily be formulaic, ERRA manages to mix in some surprises throughout the record, most notably during the final seconds of “Gungrave,” when the song seems to have ended but suddenly comes back in for a final, bludgeoning breakdown, or in single, “Scorpion Hymn,” when Cavey delivers some of the most brutal, low gutturals he’s recorded to date in a satisfying if also disgustingly heavy moment. His screaming range seems to have greatly improved during the last album’s touring cycle—for proof of this, check out “Remnant,” with his crushing signature wet sounding screams at both high and brutally low ranges.

At the same time, this record sees Cavey taking on greater melodic vocal duties than on any past ERRA material, as on “Scorpion Hymn,” “House of Glass,” and “Eidolon”—all of which are among some of the most standout, exhilarating tracks on the album. And holy hell do his vocals sound incredible on their own, and even more so when juxtaposed with Cash’s.

You would be hard-pressed to find a single bad song on the entire record—the musicianship captured therein is staggering. What’s more, while it does meander around sonically, it never slows down in its intensity for long and is an absolute thrill ride from start to finish. This is an album that will see the band rise to even greater heights and finally start to get the acclaim they’ve so deserved. Definitely worth the listen! ~ Nathan Katsiaficas

DIMEBAG DARRELL: Dimevision Vol 2: Roll with It or Get Rolled...