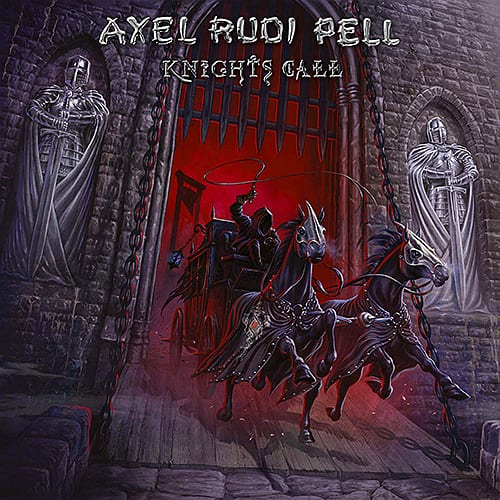 HEAVY POWER METAL: Axel Rudi Pell has really cemented his place in the metal world, starting with his early days in the German outfit Steeler and then moving into a highly successful solo career in 1989. As evidenced on Knight’s Call, he follows the same muse that inspired bands like Rainbow and Riot in their prime, taking a 70s hard rock approach to songwriting but adding plenty of heavy riffing and virtuosic but tasteful solos. The generous use of organ gives the album a warmer, classic sound reminiscent of Uriah Heep and Deep Purple rather than the typical, symphonic keyboard attack many power metal bands take. So many guitar players saturate their albums with endless noodling, but, thankfully, not Pell. Hooky melodies and powerful vocals take the lead here, and songs like “The Wild and the Young” and “Follow the Sun” are earworms of the first order. “The Crusaders of Doom” has that brooding, epic quality that Tony Martin-era Black Sabbath did so well, while “Tower of Babylon” is a nine minute monster that combines Middle Eastern melodies with distinct Dio-era Rainbow and Led Zeppelin bombast. Even when the lyrics aren’t terribly imaginative (“Long Live Rock” comes to mind), the music and delivery keep things lively and memorable. Knight’s Call shows no slowdown as Axel Rudi Pell continues to tap his seemingly endless reserves of energy and creativity. ~ Daniel Hinds