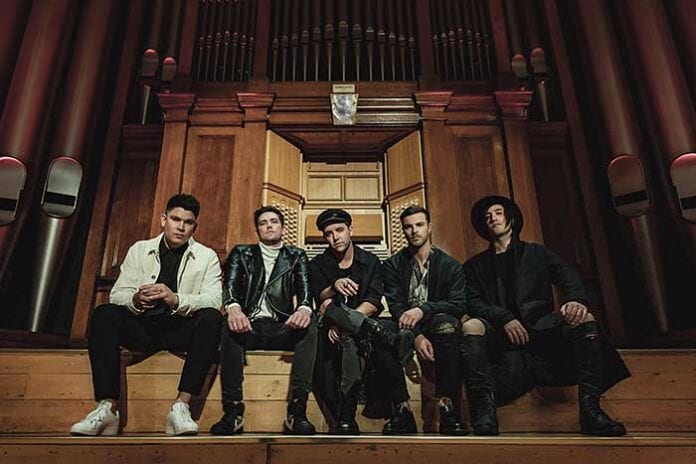 WATCH THE EXCLUSIVE PREMIERE OF THE NEW MUSIC VIDEO FOR “HELP ME THROUGH THE NIGHT” FROM WRITTEN BY WOLVES ONLY ON OUTBURN.COM

New Zealand’s Written By Wolves have partnered up with Sleeping with Sirens’ Kellin Quinn for a reimagined version of their 2019 single “Help Me Through The Night,” originally featured on the band’s 2019 debut album, Secrets.

Written By Wolves frontman Michael Murphy:
“This track questions the role of fate in the dark times. People often talk about fate in the good times but not so much when things go wrong. It is about questioning your place in the world and hoping that the struggles you are going through in life aren’t ‘meant to be’. Once again though, the underlying message in this song is hope. Hope that what you are going through is not preordained and is within your control to change.

“Working with Kellin has been amazing—hearing someone of his calibre, who we respect immensely, sing one of our songs has been nothing short of a dream come true. He was introduced to us through an intermediary and when we sent him the track he came back to us straight away to let us know how excited he was to be involved. He said he would have it back to us by the end of the week but he literally had it finished and sent through to us that night! The end result has elevated the song beyond anything we had ever imagined and is the perfect way for us to introduce The Collab Project movement to the world (more details on that soon!).”

“Help Me Through The Night” is the first in a series of collaborations to be released as an EP later this year as part of The Collab Project —more details coming soon.