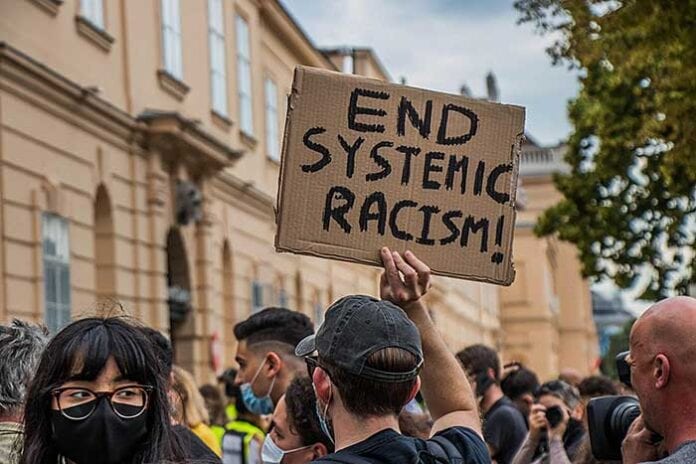 FEATURED PHOTOGRAPH BY UNRATEDSTUDIO from PIXABAY

On May 25, 2020, George Floyd was murdered by police officer Derek Chauvin. Chauvin knelt on Floyd’s neck for approximately eight minutes and 46 seconds. Floyd was unarmed and handcuffed during the strangulation.

Black people are three times more likely to be killed by police than whites. Many other inequalities and examples of systemic racism also exist, as these charts show that people of color (POC) have more difficulty finding a job, earn less than white workers, and are in a lower income bracket as well.

Floyd’s murder is tragic, and this act of police brutality has resulted in the largest #BlackLivesMatter protests around the world. Recent protests have spawned across all 50 states, over 700 US cities, and 17 countries across three continents.

The Black Lives Matter (BLM) movement started in 2012 with the murder of Trayvon Martin and calls for an end to police brutality and systemic racism. The movement has rapidly spread globally and has made its way into the music industry, including #TheShowMustBePaused, which was founded by two black women music executives. Since Floyd’s death, numerous musicians, bands, records labels, and industry professionals have participated in the BLM movement in various ways.

“THERE IS JUST NO EXCUSE TO BE COMPLACENT ANYMORE.”

Will Putney is a great example. “As soon as I saw the first riots break out, I had a bad feeling that things were going to escalate quickly. I remember when shit hit the fan in Baltimore and Ferguson a few years back. I was preoccupied and super-overworked, and didn’t respond to it with any kind of action. It’s something that I regretted, so once I got a grip on what was happening now, within like three days we had this event planned. There is just no excuse to be complacent anymore.”

Fans know Will Putney as a musician, playing in bands such as Fit for an Autopsy and END. He’s also a distinguished producer and the owner of Graphic Nature Audio. On June 14th, Putney hosted the We Can Do Better Streaming Benefit, in which all proceeds will go to the ACLU. The benefit featured several notable musicians, such as Ice T, Doc Coyle (God Forbid), Matt Heafy (Trivium), and Derrick Green (Sepultura), as well as professionals from various labels and other facets of the music industry. “I definitely felt the need to reach out to each speaker and hear what they would like to discuss. I think right now it’s important to let the black community lead the conversation, and it’s my intention to let these artists do that with as little interference as possible,” explains Putney.

One of the most notable aspects about the streaming event was how all of the participants came from different backgrounds. Putney carefully selected the roster to promote diversity. “I think with any complex social issue, one group of people is not going to be able to solve the problems without the help of another. We need to listen to the perspectives and wisdom of people from all walks of life to stay informed and understand how to find common ground and solutions to these ingrained cultural issues. This panel represents the best version of what I could come up with in a short amount of time. I hope we can all learn from each other.”

Putney continues, “Everyone wanted to do this, the response was so overwhelmingly positive. I believe all the artists involved are participating with the purest of intentions, but my hope is everyone—artists, fans, industry people, etc.—don’t let up this time. When the hot bed issues surface, people have a tendency to jump on things short-term to be on the right side of history. But now we’re actually starting to see some progress and positive change to systemic issues, and I hope this intensity keeps up long enough to see it through.”

“UNIVERSAL MESSAGES THAT PREACH CIVILITY THROUGH MUSIC CAN RESONATE WITH ANYONE ON A DEEPLY EMOTIONAL LEVEL.”

While protests and charity events are making a huge impact, there is something special about music artists connecting with each other and with fans to support the greater cause of racial equality and civil rights. “People look up to artists, as they have a powerful voice that can transcend age, race, gender, etc. Universal messages that preach civility through music can resonate with anyone on a deeply emotional level. I have the utmost respect for the musicians that use their platform to spread socially conscious messages, as well as the industry side of the business that supports those musicians and their causes,” explains Putney.

This isn’t the first time Putney has used music to support a greater cause. Both of his bands, Fit for an Autopsy and END, are heavily engaged in multiple charities and giving back.

“END just released a record and donated all of the sales through our merch stores in the US and Europe to the ACLU. Fit for an Autopsy has a long history of supporting a wide array of charities from environmental rights and conservation groups like Operation S.P.L.A.S.H., Earthjustice, the Natural Resources Defense Council, etc. We publicly raised thousands of dollars for a Wildfire Relief Fund and done charity shirts for immigration aid charities like the IRC. We’ve done drives for PTSD non-profits, benefit shows for a 9/11 firefighters fund, and did a large donation on our previous albums cycle when the North Dakota chaos was happening to the Standing Rock Sioux tribe. We’ve done some donations to the Cancer Research Institute, the Prevent Child Abuse America charity, and also the ACLU with album pre-orders, etc. We do a lot of it quietly, but I make it a point to try and tie in the non-profit work as a core function of the band.”

Putney isn’t the only artist who’s donating to Black Lives Matter and civil rights causes. Jared Klein of Rivers of Nihil also sold autographed sticks and cymbals, donating the proceeds to the George Floyd Foundation. “I was scrolling through Facebook trying to think of ways to help with the fight in a peaceful way. I found a post by Bobby Crow, from Signs of the Swarm. He was sending his cymbals, sticks, and records for donations to good causes. So, I decided to help out and do the same. We ended up donating $1,500! Still trying to send the second half of packages out once I get a day off.”

“THE IMPORTANCE IS TO UNITE US ALL AND LIFT THE BLACK COMMUNITY UP WITH SUPPORT.”

Klein isn’t the only Rivers of Nihil member participating in Black Lives Matter. “Brody [Uttley, guitar] has been streaming some mixing and mastering videos on Twitch. He’s also saving up for donations to give to the NAACP. He’s been doing his best, as we all are, and I’m stoked that I’m not alone in this world. Nobody is really. So, it’s cool to see the effort come together through our metal community.”

Klein believes everyone should participate in causes such as Black Lives Matter, not just musicians. “The importance of participating in BLM is to make it known that people are important. We as a human race should be working together since we are human beings, right? We were ‘created equal,’ so it should happen and be easier throughout the years. Laws were passed that said so, but it’s still not happening and it makes us all angry.”

Klein continues. “The importance is to unite us all and lift the black community up with support. That’s not too hard to ask for, since loads of people in this world love and support their family and community to begin with. We’re all equal beings under this sack of flesh and bone. Let’s make it so. Most people can’t live it, like myself. We can try to understand, though, and be there in this fight peacefully to end the long-time debacle of oppression.”

Klein also believes music wouldn’t be the same without the contributions of black musicians. “The lives that matter are black lives, in this case, for a long time and haven’t been treated as such. We wouldn’t have blues and rock if it weren’t for the black musicians in the early 1900s, which evolved into several genres and subgenres. It wasn’t Elvis, that’s for damn sure.”

“SYSTEMIC RACISM AND POLICE BRUTALITY ARE THINGS WE ACKNOWLEDGE AND FIRMLY STAND AGAINST.”

Klein’s donations influenced other artists to do the same, such as Abiotic’s John Matos. “I’m currently auctioning off some gear and Abiotic collectibles with plans to donate all proceeds directly to Black Lives Matter and the ACLU. This is a heavy topic the band and I are really passionate about. Systemic racism and police brutality are things we acknowledge and firmly stand against. I believe using our platform to speak out on these issues, as well as provide monetary support, is the least we can do to help bring about the change that is long overdue in this country. People of color have been disproportionately murdered and brutalized by the police and have also been disproportionately affected by legislation in this country from issues like education to the war on drugs. We want to commend everyone exercising their rights and protesting for the changes we all need to see in this country. I want our friends, family, and fans of color to know we stand beside them in this fight and will continue to do so.”

Fallujah’s Andrew Baird streams on Twitch, and he hosted an event in which he donated all Twitch streams to charity. “Since being home during the pandemic, and with the power of the internet (and video games), I thought perhaps I could try to use a platform I really enjoy to help in some way! So, I thought, “Charity Stream!”

He continues. “For one straight week in June, all my video game streams were charity streams towards the non-profit organization, Color of Change. Since I’m at a small streamer status right now, we were able to raise $280. A larger amount than I had hoped for!”

“ALL LIVES WON’T MATTER UNTIL BLACK LIVES DO.”

Like many other musicians, Baird connects to the BLM movement on both a personal level and also on a musical level. “Considering a mass majority of my favorite drummers and percussionists are POC, as well as growing up within Pacific Island culture and music, the BLM movements that really ignited recently struck a chord now more than ever for myself and so many others.”

All of these musicians have the same outlook—enough is enough. It’s time to take action and make a difference. Baird says it best. “Our black brothers and sisters are suffering and experiencing oppression, injustice, and hate towards them from many different directions. Now is the time. Enough is enough. We need to come together to help our friends and loved ones in need the most.”

And Jared Klein has some powerful parting words, “All lives won’t matter until Black Lives do.”