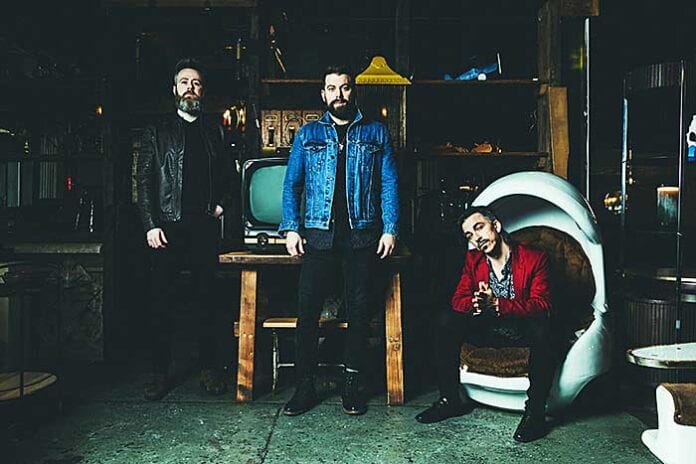 WATCH THE EXCLUSIVE PREMIERE OF MODEL STRANGER’S NEW VIDEO FOR “BREAKS MY HEART” ONLY ON OUTBURN.COM

Model Stranger is a Chicago based alternative rock band that draws inspiration from the 60s to 90s era of rock ‘n’ roll. The trio describes themselves as “an analog band living in a digital world.” Any lover of rock will feel at home with the band’s sound, while also experiencing a new and unique style. The band consists of vocalist and guitarist Stephen Francis, bassist Kevin James, and drummer Vincent Joseph.

“For ‘Breaks My Heart’ we wanted to challenge ourselves to try something different and a bit simpler than our last couple of music videos. We called in a favor to access the basement of a now closed Chicago bar and shot the video in one night using a single light and an iPhone. The video was shot in one room and then flipped to mirror itself and create the illusion of two rooms. The characters start in and end in opposite places throughout the course of the video and you can witness how they change shape. In the end one gets away and the other is left to stay where they had been.”

Model Stranger is currently promoting their upcoming LP Phases. The first single “Breaks My Heart” proves the band’s skill. The song also shows off the trio’s range and ability, as a softer bridge juxtaposes perfectly with the fast paced verses and refrain. Incredible lyrics matched with solid rock turn this song into an instant classic.