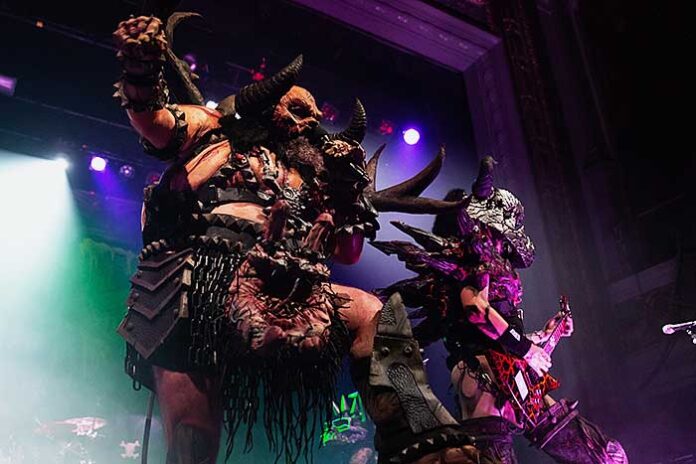 The show opened up with Eyehategod, a sludge metal band from New Orleans. The band starting performing and vocalist Mike Williams took the stage during their second song. Throughout the performance, Williams taunted and made fun of the crowd, and the audience laughed it off during their set.

Next up was Napalm Death. The crowd enjoyed their set, and the band had a ton of energy. Vocalist Barney Greenway ran around the stage the entire performance and was great to watch.

Lastly was GWAR. Everyone was very excited to see them and the crowd started to pack in when the intro began. GWAR started the show with a monologue and then the blood started spewing. The crowd was screaming in excitement, especially those in the “splash zone” that were being covered in fake blood. The band played some of their hits like “Sexecutioner,” “Vlad the Impaler,” and “I’ll Be Your Monster.” Throughout the show there were intros, and overall, it was a great performance, and the fans left satisfied and most likely drenched in fake blood.