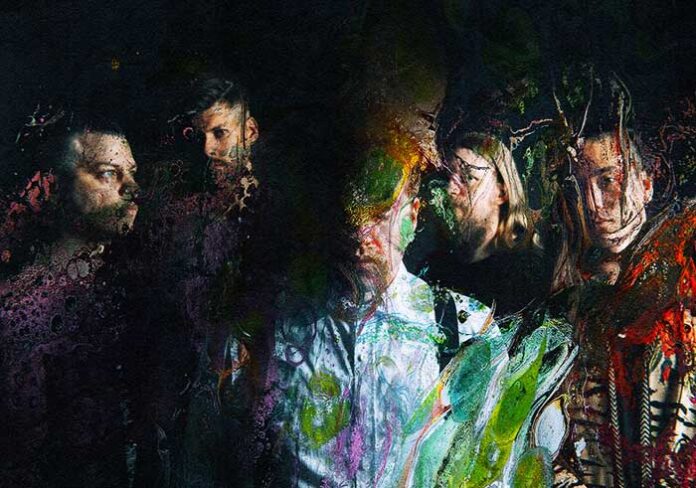 Imminence—vocalist and violinist Eddie Berg, guitarists Harald Barrett and Alex Arnoldsson, drummer Peter Hanström, and bassist Christian Höijer—released their fourth full-length, Heaven in Hiding, on November 26 via Arising Empire. To mark the release of the album, Harald Barrett tells us the band’s biggest influences and Imminence’s essential songs to hear.

IN FLAMES “Take This Life”

In Flames is probably the biggest influence to both me and Eddie. Growing up as two metalheads in southern Sweden, these guys were literally gods to us and our friends, and their album A Sense of Purpose was actually the record that got me into heavier music. However, when I heard “Take This Life” for the first time, it totally changed my perception of music and set the grounds for that verge of absolute power and control and absolute tragedy that I believe can be traced also in Imminence’s sound.

I guess every 90s kid has been influenced by Linkin Park at some point, which isn’t surprising at all since they really had the voice of our generation. Eddie has mentioned several times that Chester was one of the biggest reasons why he got into singing in the first place, and even though I didn’t truly fall 100 percent in love with the LP until a few years later, I must say that this band has played a tremendous role in our songwriting.

17-year-old Harald and 17-year-old Eddie got two identical red August Burns Red tank tops, went to see them live in Malmö, and were from that point ready to write back beat chug riffs with repeating empowering vocals over it. This is metalcore at it’s finest. Listening to this track, and the entire album Constellations, really surprises me how it can still hold up after all these years with so many acts trying to do the same thing over and over again.

Even though our acoustic reimaginations have very little to do with the sound of Bon Iver, which is constantly innovative and exciting, I believe there is an ambience and atmosphere that has really made an imprint on our alternative reinterpretations of our songs, and I believe it can definitely be traced back to this fantastic artist.

Here’s another act that has been very important to us, even though we belong to completely different genres. Their theatrical and cinematic approach has really made an impact on our ways to create ambience and to bring uniqueness and tension to our live performance. I wouldn’t say that we are a typically “nordic” sounding band, but I do believe that the Icelanders in Sigur Rós played their part in setting a tone in our music that is quite different from a lot of American or British bands in our genre.

I remember when I played the very first instrumental draft of the chorus and verse to Eddie, he jumped up, hugged me, and said, “This is the new sound!” I really think “Infectious” is such a special song in many ways. In my opinion, it’s quite far away from metalcore, and the song structure is quite unconventional for being a single, but we just knew that this was the song we had to release. Even to this day, it’s our biggest track, and people seem to appreciate it standing out.

With “Temptation,” we were coming back, heavier and more brutal than ever. This was the first heavy track we had released in over two years and the perfect contrast to a long acoustic era. We chose to step up the video production quite a bit with this single, which really set the standard for whatever was to come next, and I believe we have to thank this track for creating a lot of anticipation for the new album.

This is the title track of our new record and one of our very personal favorites amongst our own songs. “Heaven in Hiding” is not very genre specific in my opinion, but it seems to appeal very well to a lot of different people. It’s definitely not a heavy song per se, but holds one of the nastiest parts we’ve ever written. I think we made it work very well and once again managed to create something different.

We’ll take you down in history with this one. We actually started playing this song live before it was even released, and people always came up and asked about the track after the show. It was definitely a game changer for us, and we wouldn’t be where we’re at if it wasn’t for “The Sickness.” We didn’t really know what we were doing right, but a lot of things just clicked on this track and I guess you could this our breakthrough.

We had made quite a few acoustic versions when we decided to work on “Saturated Soul,” but this one absolutely stood out from all the others. It introduced a lot of other influences and brought out a completely new ambience in our sound. It really set a new benchmark in terms of how we could challenge ourselves in new ways to rewrite and reinterpret our music.