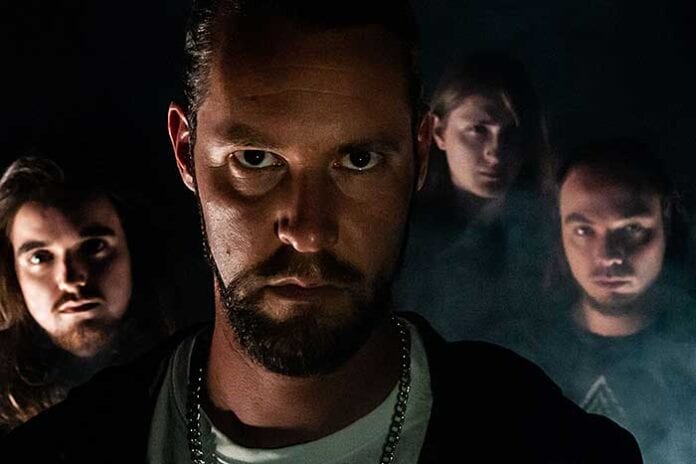 WATCH THE EXCLUSIVE PREMIERE OF AUTARKH’S OFFICIAL VISUALIZER FOR THE BAND’S NEW SINGLE “ALIGNMENT” ONLY ON OUTBURN.COM

From the ferle grounds of Tilburg, Netherlands rises the contemporary metal outfit AUTARKH, a group of musical extremists dedicated to pushing the boundaries of the auditory senses. Autarkh is the brainchild of Michel Nienhuis, founding member and composer/guitarist of DODECAHEDRON.

“Alignment” is taken from the upcoming album Form in Motion to be released on March 12, 2021 via Season of Mist.

According to the band, “A place of uncertainty can be a fertile ground if you are open to any way a situation might unfold. All might as well occur in your favor and it could feel like you don’t need to go with the flow because you are the flow. ‘Alignment’ tries to capture this most desirable form of motion, a realm where time and space are aligned. A truly astonishing state of being that ultimately leads to catharsis, self-government and independence.”

To misquote Allen Ginsburg “the circle DODECAHDRON is broken. But with death comes rebirth.” AUTARKH takes a radical approach to their musical assault, consuming the listener with dizzying maelstroms of chaos. Form in Motion embodies the word ‘extreme,’ putting forth an intrusive battery of blistering guitars, pummeling drums, spastic math metal salvos, and cacophonous electronics that culminates in one of the most robust and daring debut records metal has seen yet.