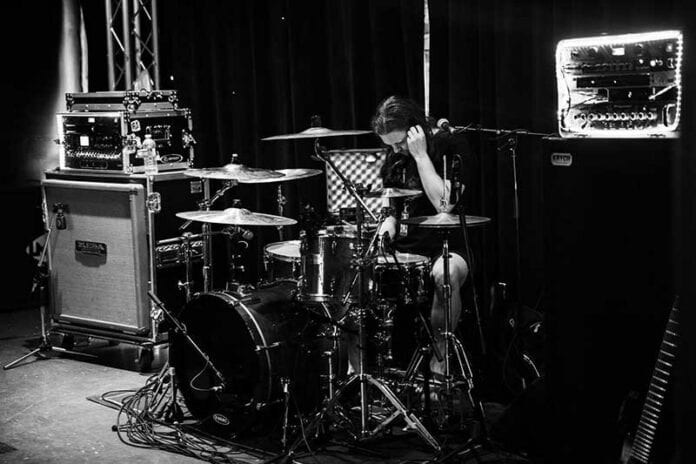 Imagine living on the road. Constantly. You’re surrounded by others, living out of a suitcase, and traveling the world. You go out on the road to play all types of shows, whether it’s a huge festival or a small venue. Every night you play on stage in front of energetic fans. Throughout the show, you’re bombarded by these fans, who are asking for autographs and pictures.

This is what musicians dream of their whole lives. And for some lucky musicians, this is their reality. Your favorite artists live on the road for as long as six months out of the year, and some even stay out longer.

And suddenly, it’s gone. You’re home. You’re sleeping in your bed and are back to living in your hometown. You’re suddenly a normal person. For some musicians, they never get used to this shock.

More musicians are opening up about this feeling. Some refer to it as “post-tour depression.” Everyone experiences this type of depression differently. When you’re home from a tour, it’s common to feel lost, isolated, lonely, and even restless.

“FEELINGS OF SADNESS AND/OR A LOSS OF INTEREST IN ACTIVITIES ONCE ENJOYED.”

The American Psychiatry Association defines depression as: “…feelings of sadness and/or a loss of interest in activities once enjoyed. It can lead to a variety of emotional and physical problems and can decrease a person’s ability to function at work and at home.”

Since depression is a medical illness, symptoms range from mild to severe. Depression is also different than a general feeling of sadness.

“Post-tour depression is very real. Think about it, you’re releasing a ton of energy every day for, usually, 30 or so days every time you’re out. Then, keep in mind, if you’re out four to six months out of the year, that’s a decent amount of time of your brain being used to having those experiences every day,” says David McGraw, drummer of Cattle Decapitation.

“YOU’RE IN CONSTANT MOTION ON THE ROAD. THEN WHEN THAT STOPS, IT SORT OF DRIVES YOU NUTS.”

McGraw isn’t the only artist who mentions the constant energy and motion when you’re on the road. Drummer Danny Walker also has a similar statement. He plays drums for O Zorn!, Blind John Pope, and Phobia, and he’s also known for his work in the bands Intronaut, Exhumed, and Job for a Cowboy. “…there’s just a certain routine and repetition and flow that you get used to when you’re in constant motion on the road. Then when that stops, it sort of drives you nuts. You need to be in constant motion.”

In addition, many musicians love the thrill of traveling and experiencing new places. Walker also agrees with this. “I guess it’s more the adventure and change of scenery that gets me excited,” he says.

Touring musicians aren’t the only ones who experience this type of depression. Avid travelers can relate to this sensation, which TripSavvy refers to as “post-travel depression.” It is a depression felt a few days before a trip ends and can last weeks or even months after returning home.

The reason travelers experience this depression is the same for musicians. Travel changes your life in the same way that touring does. You experience new things, see new places, create new memories, meet new people, and completely transform as a person. For many travelers, seeing the world is their dream, like playing music is a dream for musicians. It’s easy to leave that thrilling lifestyle and feel lost when you’re back home without all of the stimuli.

Now, picture this. You love nothing more than playing music. However, you have a family back home. Every time you leave for tour, you have to say goodbye to your significant other, children, and/or pets. As a parent, you miss crucial moments in your child’s life. This includes their first words, their first steps, and other major milestones.

This is the other end of the spectrum for touring depression—“on-tour depression.” While they also feel the rush of playing on stage and meeting fans, they constantly miss their family and loved ones back home.

“I love coming home after tour,” states Decrepit Birth guitarist Matt Sotelo. “Warm bed, endless showers, family, no driving all day…only part about touring I enjoy is being on stage.” He adds: “As I get older, it’s physically more and more hard for me to tour. We’re still a van band, and just being in that thing for hours kills me.”

Even for the musicians who don’t have a family, they miss the simple comforts of home. This includes their bed, home cooked meals, a warm shower, and other small tokens of home that we take for granted. Many musicians also have a life while they’re home, and leaving that to tour is difficult.

Nate Blasdell of I Set My Friends on Fire and Losers Club can relate to this. “I started touring full-time at 16-years-old. It was always my escape and getaway. For the first six or seven years, touring was never the cause of anything mental health related. If anything, it’s what kept my head straight. It wasn’t until I spent a significant amount of time at home is when it started to become a burden on my mental health.”

“I HAD REBUILT MY LIFE AT HOME. I WAS SAD TO LEAVE. IRONICALLY, I CAME HOME IN THE WORST EMOTIONAL STATE I’VE EVER BEEN IN.”

He continues, “…we took a significant amount of time off [from touring]. I went back to school, got a job, and started to really connect with all the things I missed out on from touring…the first tour we did after that was a Europe tour. I left [for tour] so happy, so connected to everything. I had rebuilt my life at home. I was sad to leave. Ironically, I came home in the worst emotional state I’ve ever been in.”

Like post-travel depression, there are homesickness resources. Psychology Today offers a very comprehensive view of homesickness and the reasoning behind it, explaining home is a major part of our lives and even our identities. When we leave, we feel lost. And as Sotelo mentioned, we miss the things we love, such as our family.

For some musicians, this depression isn’t only limited to touring. It exists in every aspect of working in the music industry. “A lot of my depression has stemmed from the pressures and outlooks of society on today’s musician,” said Adam Linka of The Northern. “A lot of people don’t consider it a real job, and when you don’t have the support of the people close to you, it can really hinder your mindset.”

Whether they experience depression during or after a tour, depression amongst touring musicians is real. No one understands this better than Prison vocalist Johnny Crowder. Crowder not only works in the music industry but also does a lot of work with mental health. Alongside touring with his band Prison, Crowder runs his own business, Cope Notes. Cope Notes sends daily text messages that contain positive messages. With Cope Notes, Crowder aims to improve mental and emotional health.

“I EQUATE TOURING TO LIVING A BIPOLAR LIFESTYLE”

“I equate touring to living a bipolar lifestyle,” says Crowder. “For two months straight, you’re hardly eating or sleeping, pushing your body to the limit every day while surrounded by strangers. You’re always on the go. Then, for the next two months at home, you try to figure out how to re-integrate yourself into society. Your bed feels foreign, solitude feels haunting, and all your friends have had countless experiences without you while you were away.”

So, what’s the solution? First, if you suspect touring is affecting your mental health in any way, it’s recommended you seek professional therapy. But if you’re trying to find a better way to cope with a touring lifestyle, many musicians offer advice and what they do to ensure they have a positive mental state, whether they’re home or on the road.

Prison’s Johnny Crowder found a balance between his home and touring life. “It’s easy to miss the road while you’re at home and miss home while you’re away, but the trick is learning to appreciate both. I’ve spent 10 years trying to strike the mythical balance between tour life and home life—being happy to leave for tour, then just as happy to come home. When I focus on trying to be present instead of wishing I was somewhere else, it helps quell that dissonance.”

If you’re someone like Danny Walker who appreciates keeping busy, he recommends finding a way to stay busy while at home. “I bartend and I teach drum lessons when I’m not on the road,” he explains. But he states teaching while he’s home helps him more than anything. “…with teaching, I’m at least still drumming.”

If you’re a musician who experiences homesickness more, musicians also offer advice to avoid missing home while on the road. I Set My Friends on Fire’s Nate Blasdell found a way to better understand his life on the road and his purpose for making music. “It’s just one of those things I had to learn how to juggle and balance. I was lucky I had a great support system and [no one in] my life back home wanted me to give up music. It’s what I was made for.”

Some musicians also use the emotions they feel in their music and as an outlet for their creativity. About his previous statement, Adam Linka says, “I eventually learned to use it as a writing tool.”

If you’re a fan and you’re reading this, you’re probably wondering why musicians continue to make this sacrifice. Every musician will have a different answer. But it’s safe to assume they all can agree on one fact: they love nothing more than making music and performing their music for their fans.

And Nate Blasdell says it best, “I realized my love for music hadn’t faded. This was the first time I realized, depression was a sacrifice that came with the music dream.”