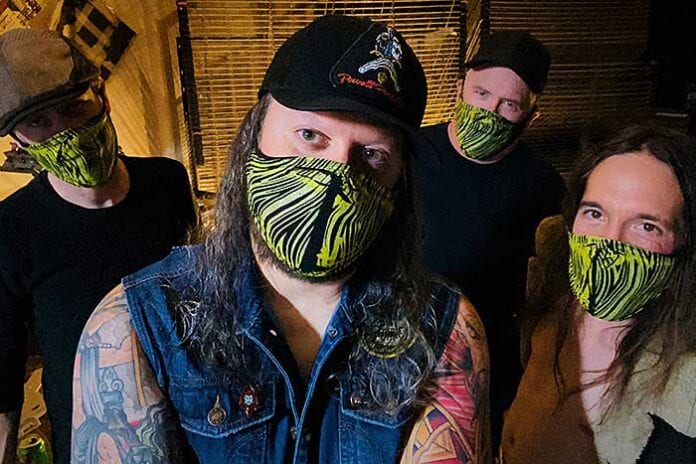 LISTEN TO THE EXCLUSIVE PREMIERE OF WENCHES’ “MAMA, WAKE UP” FROM DEBUT ALBUM EFFIN’ GNARLY ONLY ON OUTBURN.COM

Assembled from broken bits and leftover chunks of various known and unknown groups in the punk, metal, and post-hardcore world, WENCHES hails from Bloomington, Indiana in the heart of the Midwest. In the vein of proto-punk bands like MC5 and The Stooges, the debut album Effin’ Gnarly is slated for a February 26, 2021 release.

Tracked at Russian Recording (Built to Spill, Tortoise, of Montreal) and mastered by James Plotkin (Sunn O))), Pelican, Earth, ISIS), the band portrays the album as “high-energy screaming hard rock played the only way long-haired punk metalheads know how.” After a rotating door of bassists and drummers, the band has finally landed on what hopes to be a lasting lineup. Effin’ Gnarly follows a previously sold out three song “demo” cassette and precedes the release of a limited edition 7-inch single entitled “State Fair Hair.”

Effin’ Gnarly will be available on LP and download on February 26, 2021 via Master Kontrol Audio. Limited edition cassettes will be released by Small Hand Factory.

Exclusive Premiere: FOXERA’s New Single and Music Video “Away From Me”...