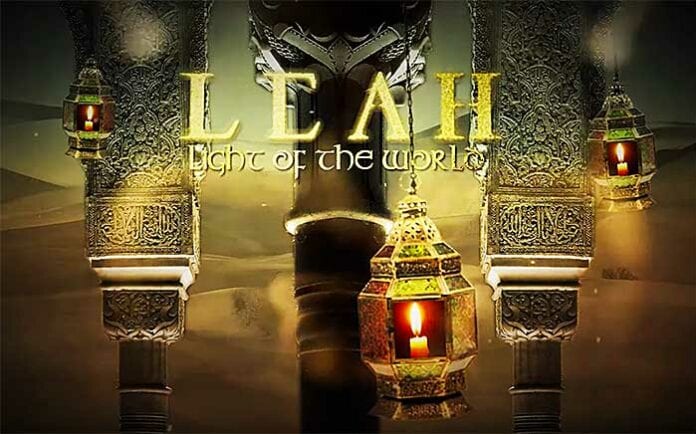 WATCH THE EXCLUSIVE VIDEO PREMIERE OF LEAH’S “LIGHT OF THE WORLD” ON OUTBURN.COM

“Light of the World,” off of LEAH’s upcoming winter themed album, Ancient Winter, which will be released on November 15th. LEAH—described affectionately by her fans as “the metal Enya”—hails from the coast of British Columbia, Canada, and is inspired by Celtic and world music influences such as Clannad and Enya to European symphonic and progressive metal influences.

“‘Light of the World’ came about as a result of giving myself a lot of space to play around with no pressure…and I stumbled onto this Middle Eastern vibe,” says Leah. “I’ve often been drawn to that style of music and it came out here. From there it started to become clear what the lyrical theme was about and I went with it. I imagined the traditional Noel story and with it, the theme of deserts, camels, and the whole nine yards. I hope everyone enjoys it!”

LEAH has an interesting story that begs the question, how could a stay-at-home mother of five kids—who are all home schooled, earn six-figures per year with her music without touring or a record label? Her genre is “Celtic fantasy metal,” and her albums could easily serve as the soundtracks for shows like Game of Thrones or Vikings. Her fans refer to her as the “metal Enya,” and she embodies the archetype of the “warrior queen” to thousands of dedicated listeners around the world.

Her first four albums, Of Earth and Angels (2012), Otherworld (2013), Kings & Queens (2015), and The Quest (2018) are a rapturous blend of a symphonic metal style carefully spiced with Celtic, folk, and fantasy. Her emotive vocals are often compared to Loreena McKennitt, Tori Amos, and Sarah McLachlan. Just one listen to any of her albums will reveal why her singing and songwriting attracted the participation of several noteworthy musicians and producers. Featured on her first four records are such notables as Troy Donockley (Nightwish), Eric Peterson (Testament), Barend Courbois (Blind Guardian), Timo Somers (Delain), Sander Zoer (ex-Delain), Chen Balbus (Orphaned Land), and mixed by people such as Jacob Hansen (Volbeat, Amaranthe, Evergrey).

Now, she’s set to release her fifth album, Ancient Winter, which represents a slight departure from her symphonic metal into a more atmospheric, ethereal sound that pulls on the heart in a way her previous releases did not. Ancient Winter is a more earthy sounding album filled with new instrumentation such as fiddles and uilleann pipes which give it a beautiful harmony of middle eastern feeling and Celtic folk and fantasy. And if that’s not unique enough, Ancient Winter represents a new approach to “holiday music” as it celebrates winter themes in a way that is sure to give it a wider appeal. This is not a “Christmas album.” It’s an emotional journey into transcendent ideals that will inspire any listener from anywhere.