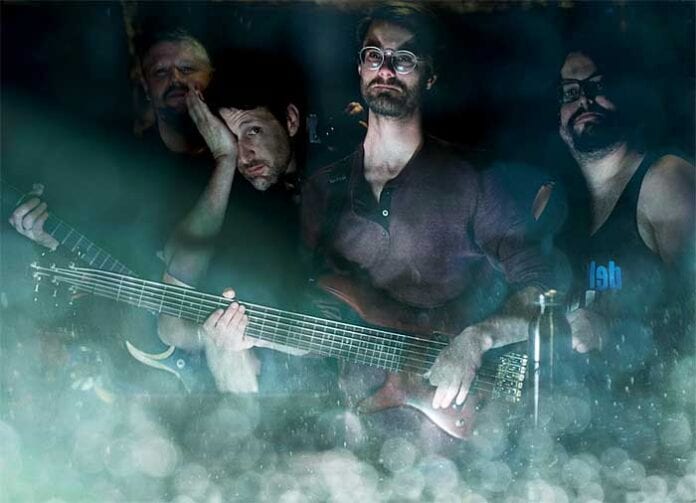 WATCH THE EXCLUSIVE PREMIERE OF RLND’S “KEITH SELLS BUT WHO’S BUYING” ONLY ON OUTBURN.COM

RLND (pronounced Roland) is a four-piece rock band from San Francisco, CA. They have at turns been referred to as “Kinda like Tool,” “Too loud,” and “The most ferocious underground metal band around,” although the latter came when the bassist had a broken foot.

RLND is debuting the first single off their upcoming album to be released in December 2020 by Sell the Heart Records. Of the track, the guys explain, “‘Keith Sells But Who’s Buying’ is the first track off of Zealand, a concept album built around our collective narrative as a capitalist society. The song is about how capitalism eats everything, and yet wealth is seen as the highest form of virtue.”

RLND does a lot of things over the course of its second album Zealand. In no particular order, the guidelines for the second record were: heavier, slower, maybe step on a few pedals this time…all while continuing to exist in a janglegaze hellscape where no one can afford to live.

Recorded in 2019, Zealand is the second album from RLND and was initially the swansong of a dying band. On the day Zealand recording sessions finished, half the band decided to part ways, leaving drummer Keith Grimshaw (Covet, Ontogeny) and guitarist Joe McClune to find a way to release an album that they could not tour. Rough mixes were given to some friends, two of whom were immediately struck by the new direction of the band and wondered who would be filling the vacant spot—Alex Winkley and Sam Zuerner learned the entire album and were ready for the next practice.

Of course, the question of touring has become moot in 2020, but RLND is ready and waiting for the time they can lift heavy rectangles and cylinders to share this 54 minutes of music.

The brand new album is available for pre-order now on 12-inch clear with blue splatter vinyl, and is also available for digital purchase via Bandcamp, Apple Music, etc.