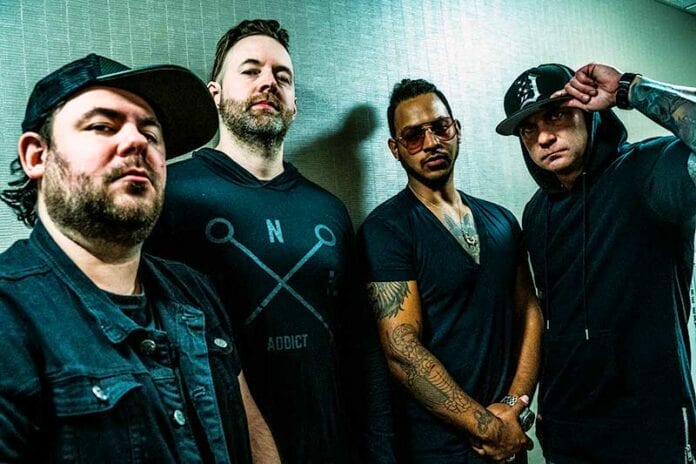 LISTEN TO THE EXCLUSIVE STREAM OF LIFE RIGHT NOW’s DEBUT ALBUM AVANT GARDE ONLY ON OUTBURN.COM

The metalcore party band LIFE RIGHT NOW—featuring members of Attila, It Lies Within, Nevada Rose, and Deception of a Ghost—is releasing its debut album, Avant Garde, on August 16, 2019, but you can stream the entire release early right here.

“For our first offering we collectively brought in different elements from our other previous projects. We can’t express how stoked we are with the outcome. Highlighting elements of catchy hooks, electronic vibes along with slamming breakdowns; this album is definitely one for your party playlists,” says vocalist Zach Scott.

“Two Wrongs Don’t Make A Right (But Three Do)” is the crowd-pleasing opener to the band’s debut album. With clean vocalist Justin DiMarco’s incredibly smooth and controlled voice, the track becomes the ultimate tone-setter for the record with layers of harmonies cutting through the clever and gratifying melodies.

If you purchase the album before August 22nd, you will be entered to win an Alexa Echo.

Life Right Now is currently on the road for the Rage Fest tour with Crown The Empire, Attila, Veil Of Maya, Gideon and Hawk. Remaining dates include: