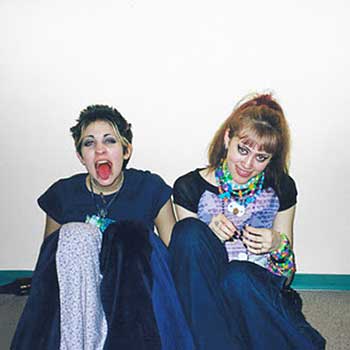 DARK DREAMY POST-PUNK: For those of you struggling with the harsh reality that 2020 has handed you, perhaps escapism could be the best route for your mental health. So, we’re urging you to try the new Soft Kill album, Dead Kids, R.I.P. City. It has a similar euphoric effect as narcotics followed by the sobering feeling of guilt as you find yourself relating more and more to the melodically mournful content after each use.

Portland, Oregon’s Soft Kill has been weaving in and out of a few music circles since 2010. After a successful string of proficient releases, touring, limited merch drops, and unexpected collaborations, the band has created their most complex yet accessible piece of work to date. Dead Kids, R.I.P. City delivers a perfect soundtrack for a damp autumn with huge moods, catchy hooks, warm synths, and drifting layers of reverberated guitars. It has the depth of a doom metal album with the pop sensibilities of The Cure.

The opening track “Roses All Around” is proof positive that you can comfortably dance in between those worlds. It brings a triumphant chorus that sours with a picturesque landscape set by the lyrics. The band truly puts their best foot forward in the first few tracks to lure you in with gloomy upbeat head bobbers like “Matty Rue” (w/ guest vocals by Adam Klopp of Choir Boy). Then a trap door opens into the wavering pace of “Floodgate” to leave you subconsciously floating with the ebb and flow.

This front loaded approach isn’t just a marketing tactic, the album really hits a stride at the mid point. Where some of their previous albums can lose heat after the singles play through, Dead Kids, R.I.P. City is a controlled burn that is meant to draw you in closer like a barrel fire in the frigid cold. The blade never dulls, even when delivering deep cuts like a fuzzed out “Oil Burner” or the stripped-down acoustics of “I Needed the Pain” to close.

Often mislabeled as a no wave/goth band, Soft Kill has created a fresh approach that separates them from those contemporaries. While the synths are still a pillar of their sound, Soft Kill puts more weight on their guitars and rhythm section this time around to create a sonic structure that can house cult followers as well as scene drifters. Frontman Tobias Grave sits perfectly in the mix as his sorrowful moans surround you like poetry in an echo chamber. If your vices lie anywhere from downtempo metal to shoegaze to Britpop, this album has something to ease the shakes.

Much like a dealer will place themselves on the fringes of social graces, Soft Kill operates outside of the industry laws with no care for opinions of genre cops. They run their business like rappers, tour with hardcore bands, and sound like a rock bottom Morrissey. If you are unfamiliar or curious about the seedy underbelly of post-punk, Dead Kids, R.I.P. City is your gateway drug. ~ Clint Gee

LIGHT THE TORCH: You Will Be the Death of Me