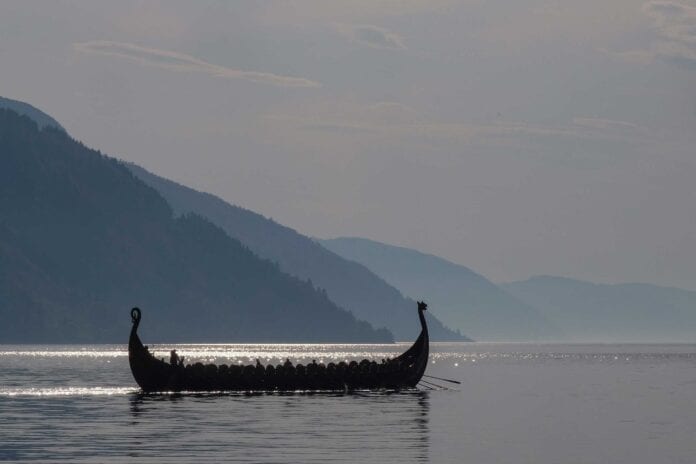 The Viking age has always been an important central theme in the evolution of modern metal. This thematic relationship between ancient Vikings and metal music was solidified in the ‘70s. It was around this time that artists like Led Zeppelin and Heavy Load – the first Swedish heavy metal band – tackled Viking-related themes in their songs while establishing the stylistic roots of heavy, power, and Viking metal. While these bands remain influential among metal artists today, no other prolific band in the ‘70s was more overtly inspired by the Viking age than Thor.

This culminated in the late ‘80s when Swedish black metal band Bathory started releasing concept albums that were heavily inspired by Viking sagas. The band’s 1988 album Blood Fire Death along with 1990’s Hammerheart are widely considered to be the first true Viking metal albums. Taking their name from a vampiric, 16th century Hungarian countess famous for bathing in the blood of virgins, the thematic transition from black metal murder to Viking skirmishes came naturally for Bathory. It was also around this time that metal godfathers Black Sabbath released Tyr, their first and only Norse mythology-inspired concept album. From these seminal acts, Viking metal has flourished throughout the decades.

Today, Viking metal has evolved beyond being an atmospheric metal sub-genre. In contemporary rock, the Viking age has become more of a conceptual tool than a musical style. And this is kept alive by different rock and metal acts such as Leaves’ Eyes, Aether Realm, Einherjer, Hjelvik, and Enslaved.

Outside of rock music itself, the influence of Vikings on metal is well represented in a variety of different entertainment media. This is true for virtually every MCU movie in which the Avenger and lightning god’s epic moments are scored with tracks from Led Zeppelin and other epic metal artists. As obscure as Jon Mikl Thor has become today, even the MCU can trace its thematic roots back to the Viking metal scene.

In addition to mainstream movies, the scene’s influence is also highly apparent in the world of gaming. Nowadays, many of the aforementioned artists are well represented in the various rock and metal tracks on Clone Hero, an open-source game that’s keeping rhythm gaming alive. Likewise, the spirit of Viking age-inspired metal continues to sour in the age of online casinos. This can be observed in the mythology-inspired slots on Gala Casino such as Power of Thor, Monsters of Rock, and Vikings Go Wild. Apart from borrowing visuals from ancient Vikings, these games also employ epic rock and metal soundtracks, further solidifying the thematic marriage for new generations of gamers.

From Hollywood movies and video games to the different genres that make up contemporary metal, the Viking age has certainly made its mark on modern culture. In the future, Vikings will continue to sail through our collective imagination, influencing the creation of not just music but other products across a wide range of media.

Exclusive Premiere: BECKO’s Latest Single “The Generation of the Unknown” from...