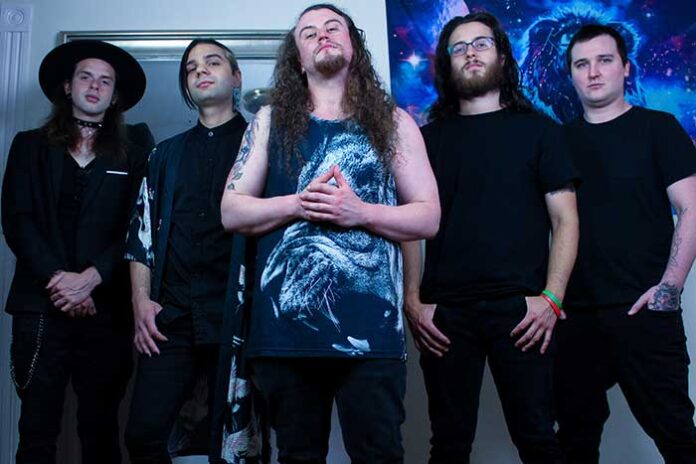 WATCH THE EXCLUSIVE PREMIERE OF THE MUSIC VIDEO FOR “SAVE YOUR BREATH” FROM FATHOM FAREWELL ONLY ON OUTBURN.COM

Before it officially drops, the New England metalcore powerhouse is sharing the latest music video for the single “Save Your Breath,” a track about being misunderstood, which is a common theme that has followed band founder and vocalist Alex Cohen throughout his life as he explains in further detail.

“From as long ago as I can remember I have been very energetic and maybe to some even at times overbearing. I’ve learned over time how to filter some of my actions based on who I’m around so I don’t interfere with their natural process of getting to know me. However, before I had a proper grasp on who I am, I definitely rubbed people the wrong way at times without intending to. I feel pit bulls specifically experience this every day. They are some of the most compassionate, empathetic and caring creatures we have on the planet and yet due to the misbehavior of a small few they are stigmatized as vicious and threatening. This was the main point I was considering when writing the song, I want it to be a voice for anything or anyone that’s persecuted for being misunderstood.”

Fathom Farewell’s new EP Kraken was produced, mixed and mastered by Chris Piquette of No Boundaries Studios and the album artwork was done by Dixon of Intuitive Design. It will be the fourth release from the band following Consume The Earth (2019), Decomposition (2017), and Drowning Limits (2015).

Heartfelt, and powerful, Fathom Farewell is recommended for fans of Coheed & Cambria, System of a Down and Northlane.

“Kraken” will be available as of October 22, 2021 via Blood Blast Distribution.