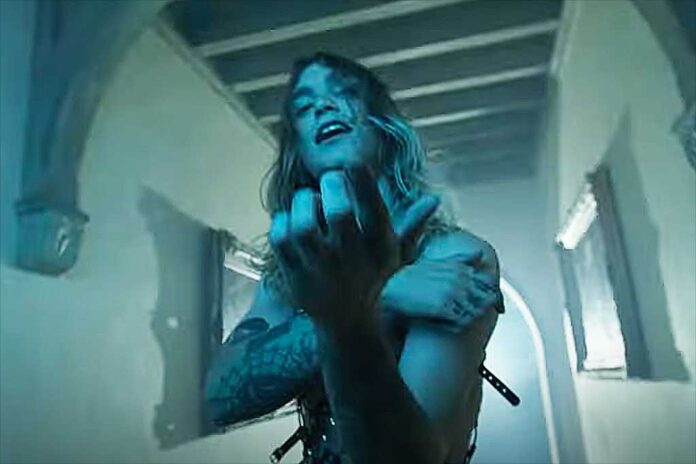 WATCH THE EXCLUSIVE PREMIERE OF THE NEW MUSIC VIDEO FOR “MY LIFE IS A HORROR MOVIE” FROM SLAYLOVERBOY ONLY ON OUTBURN.COM

Slayloverboy has been proving he runs the underground emo alternative scene with very diverse genre blending and a mixture of both confident bravado and radical vulnerability.

This song was released last year, and it was Slayloverboy’s most streamed track, gaining traction on TikTok with a twilight trend that launched this song to about 150,000 streams on Spotify and introducing the artist to a whole new audience. The video was directed by Vicente Cordero, videographer of Cradle of Filth, Onyx, Skold, and more.

“If you guys think this is crazy just wait until we up it, but whatever you do…don’t say my name three times.”