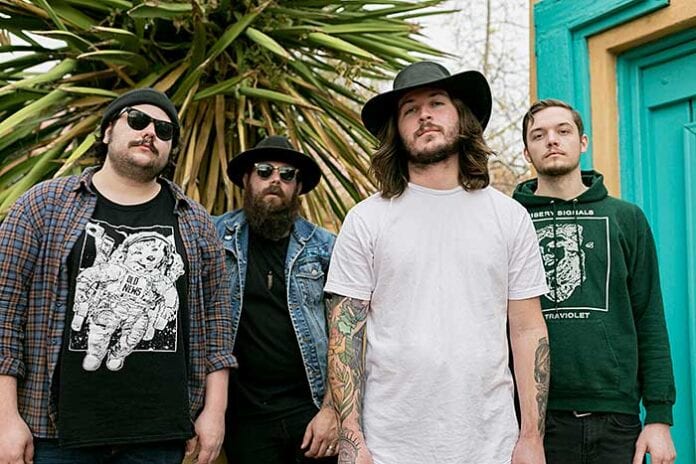 WATCH THE EXCLUSIVE PREMIERE OF THE NEW MUSIC VIDEO FOR “DEATHBED KINGS” BY REVISIONIST ONLY ON OUTBURN.COM

Kansas hardcore act REVISIONIST has revealed a video for “Deathbed Kings,” the latest single from the quartet’s upcoming six-song EP, The Emptiness of Gravity.

“‘Deathbed Kings’ is a look into our mental health as people close themselves off to the rest of the world.” – Josh Barbee, Guitar
“My favorite song on the record. ‘Deathbed King’ has a little of everything I want in a song.” – Max Abood, Bass
“Deathbed Kings” is my favorite drum song on the record. It just rips.” – Eric Martin, Vocals
“This song focuses on some darker content while still trying to give some hope. Hope is something I think we could use right now.” – Josh Peavey, Drums

Founded in Wichita in 2016, REVISIONIST formed with the intent to do one simple thing—write unrelentingly honest music, devoid of any gimmicks. Harkening back to the chaos driven sounds of early 2000s era hardcore and metal, REVISIONIST pulls no punches and delivers on that promise on The Emptiness of Gravity.

The Emptiness of Gravity was recorded at Rio Grande Studios in Albuquerque with Aaron Gillespie (Underoath, Paramore, The Almost).