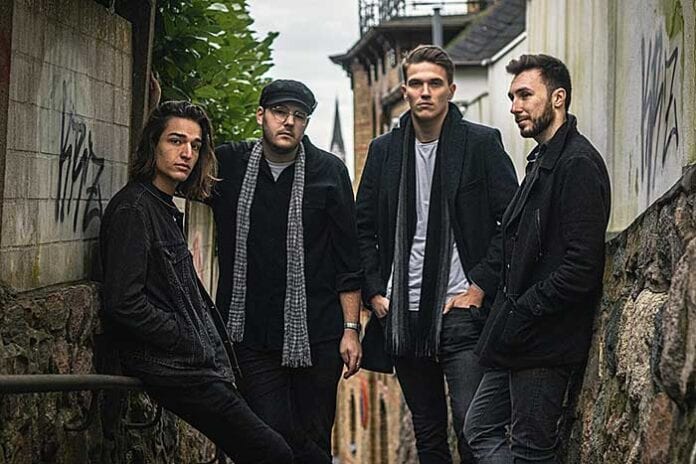 LISTEN TO THE EXCLUSIVE PREMIERE OF SILENT ATTIC’S NEW EP ESCAPE ONLY ON OUTBURN.COM

After over a year since the release of their debut record Late Night Talks, the German indie rock band Silent Attic is back with their EP Escape as the successor to the three previous singles “Turn Him Over,” “Hide Away,” and “Take My Time.” The four boys from Flensburg take the step into a new era of the band both in terms of sound and songwriting and present five straightforward, British sounding songs about romance, nightlife and growing up.

“As the title Escape already implies, the making of the EP kind of meant an escape for us in different ways. On the one hand, we tried to escape our old ways of writing songs and recording them in the studio. On our debut record, we still weren’t sure in which direction the music of Silent Attic would go yet and we tried a lot of different things. Now, the EP opens up a new chapter for us. We created that new sound that we all really like and we hope that the fans do so, too. On the other hand, the EP also means a lot to us personally. We’ve all been growing up in the small town Flensburg and we’re at a point in life where we’re asking ourselves where the future is gonna take us. Don’t get me wrong, we love our lovely town, but I think everyone gets to that point in life someday. The songs on the EP cover that topic a lot and are thereby directed to everyone out there who is feeling the same.”

Escape is about the turning points in our lives in which we reflect on who we really are, our thoughts and what we’re made of. It is inspired by life events like being cheated on by a loved one, the ever-growing paranoia of having made the wrong decisions in our past, toxic relationships, and just being in a physical place where we don’t feel welcome. It’s about decisions and thoughts that haunt us in the good and bad times, helping us to evolve and find ourselves—giving us a direction for the future. It’s about finding an escape from our thoughts and problems.

Influenced by artists like the early Arctic Monkeys, The Smiths, and Catfish and The Bottlemen, Silent Attic stands out with vivid and cutty guitar riffs, the ragged voice of the singer and comfortable indie rock vibes in which you can find shelter.