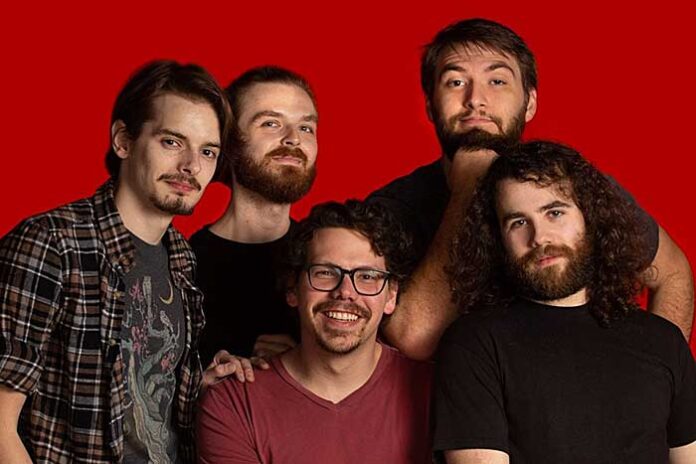 WATCH THE EXCLUSIVE PREMIERE OF ALUXES’ NEW SINGLE AND MUSIC VIDEO “SPACE DOGE” ONLY ON OUTBURN.COM

“‘Space Doge’ is about a dog astronaut that leaves his version of earth to prove that he’s still valuable to society, but in doing so he ends up on a different world with no way to get back. It’s a light commentary about how rapidly new trends or ideas can catch fire and dominate your life, only to burn out just as quickly and leave you feeling empty or lost.” – Mark Taylor

Aluxes was formed in the summer of 2016 in Bowling Green, Kentucky. With a range of influences between them, the group formed with the intention of pushing the boundaries of their sound by creating a crafty, eclectic blend of alternative rock genres that features multiple vocalists and funky rhythms. The new track brings progressive hardcore intonations on the guitars with a mesmerizing lead vocal, the two of which intertwine deftly. The band has just announced their signing to Theoria Records and will be dropping an EP later this year.