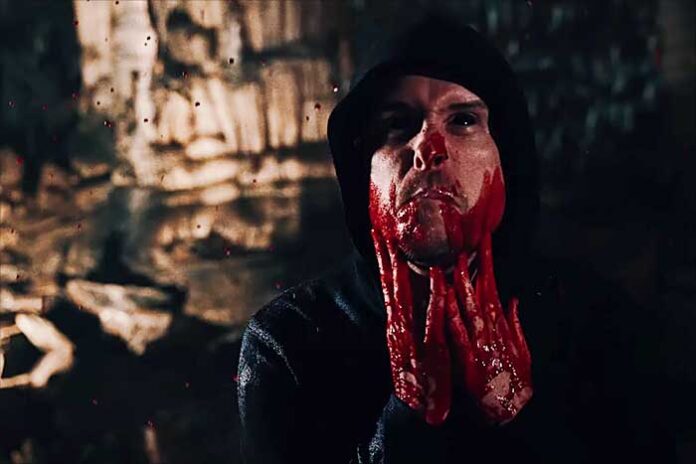 On October 29th, Whitechapel will release their new album, Kin, via Metal Blade Records. For a preview of the record, the band has dropped an emotionally charged, disturbing video for new single, “A Bloodsoaked Symphony” (directed by David Brodsky)—a re-imagined take on frontman Phil Bozeman’s haunting childhood.

The mighty Kin, which is an even more dynamic and diverse collection, further advances the band’s sound into new territory without losing sight of what brought them to this point. “I feel with every album, we learn what worked best on the last one and try to utilize that in our writing. Early in the writing, there was some discussion of the album being like The Valley part II, not literally called that, but in how the songs sound and flow through it. It’s very much a storytelling type record like The Valley was,” says vocalist Phil Bozeman. “Musically, we just want to create what we vibe with at the given moment. We write music with how we feel and not what is expected of us, while lyrically the idea of continuing from the story of The Valley was always the goal.”

GOJIRA to Stream Hellfest 2019 Performance for the First Time Ever