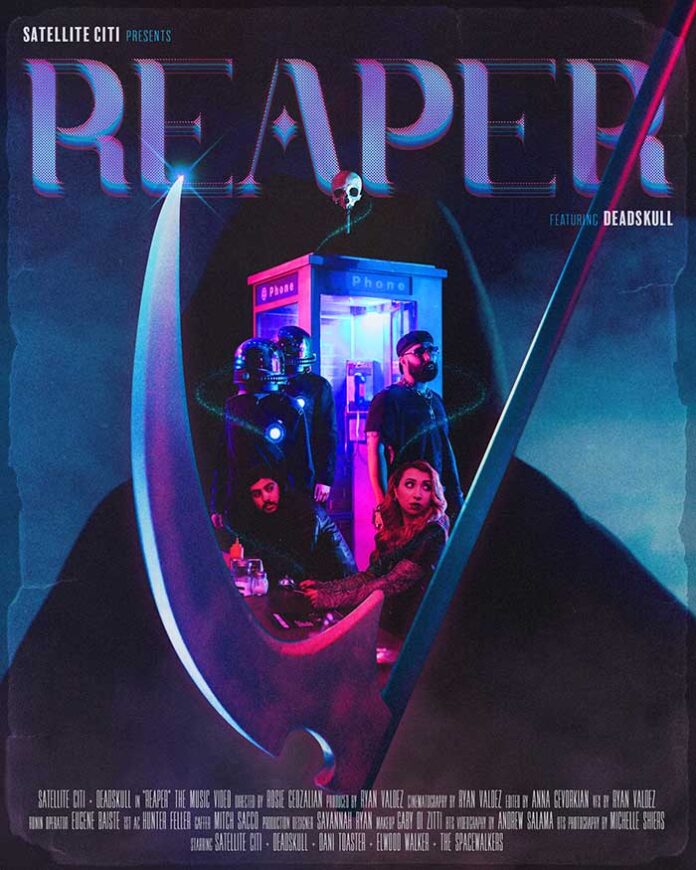 WATCH THE EXCLUSIVE PREMIERE OF THE MUSIC VIDEO FOR “REAPER” FROM SATELLITE CITI ONLY ON OUTBURN.COM

“‘Reaper’ is our favorite track off our new record, Fear Tactics,” says the band. “It has somewhat of a punk vibe, which is pretty different from the rest of the album. The director of the video, Rosie Geozalian, helped us capture the dark undertones of the song while simultaneously making the narrative comedic and light hearted. The video and song show the power we have in ourselves to conquer our inner demons. Our friend, Deadskull, makes an appearance on this one and his vocals completely amplify the track and undoubtedly make it the heaviest on the record.”

The band, featuring drummer/vocalist Anna Gevorkian and guitarist Shaunt Sulahian, are both Armenian-Americans born and raised in Los Angeles. They first launched Satellite Citi in 2015 with the eloquent track “Rock Bottom” to commemorate the 100th anniversary of the Armenian Genocide. Fear Tactics continues their promising trajectory.

Fear Tactics is produced by Brad Wood (Smashing Pumpkins, Liz Phair), and thematically centers around the importance of mental health and represents the band’s own struggles of coping with fear and anxiety, that are even more permeated in today’s culture, especially the past year and a half.