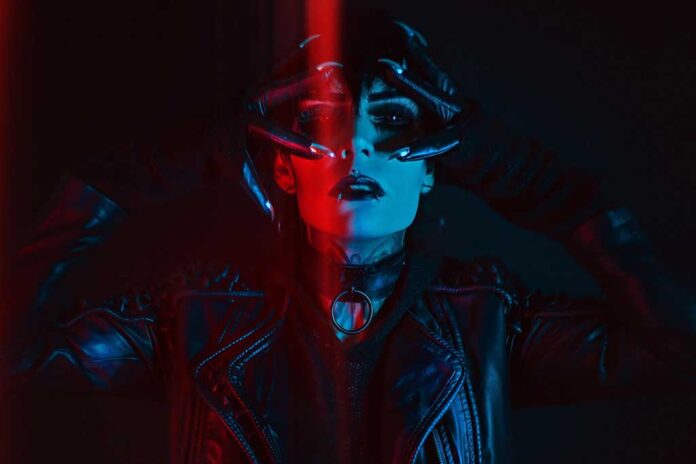 WATCH THE NEW MUSIC VIDEO “SEE YOU ALL IN HELL” FROM PSYCLON NINE ONLY ON OUTBURN.COM

Psyclon Nine is the dark industrial mind-child of singer, songwriter, and multi-instrumentalist Nero Bellum. Formed in the early 2000’s Psyclon Nine has explored many sounds within the industrial and metal genres. They are often credited as being the father of “Blackened Industrial.”

“See You All in Hell” is the second single from Less to Heaven and is a distorted machinery laden, punishing follow up to “Money and Sex and Death.” The song does not submit to genre as it flows from experimental noise through to hip-hop and metalcore with the repeated lyric “there is no god” bridging all gaps.

The music video for “See You All in Hell”was filmed on location in Los Angeles, CA by director Vicente Cordero / Industrialism Films.

Nero Bellum had this to say about “See You All in Hell”: “This is a song about wanting to die and wanting to see everyone and everything around me broken. Music is a weapon and this song is a murder/suicide.”

Exclusive Premiere of BELLA KELLY’s Debut Single and Video for ...