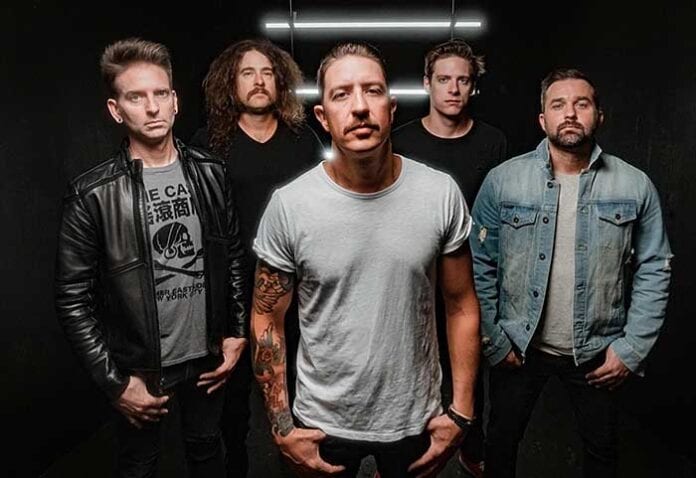 LISTEN TO THE EXCLUSIVE PREMIERE OF INIMICAL DRIVE’S NEW SINGLE “RECKONING” ONLY ON OUTBURN.COM

Saint Louis metal outfit Inimical Drive have announced the upcoming release of their crushing new EP Enemy and leadoff single “Reckoning.” The five track EP will drop Friday, 8/21 and the single for “Reckoning” will be available on streaming services Friday 7/31 via Spotify and Apple Music. Outburn gives a first listen of the track today, which marks their first release of new material since 2017.

“Reckoning” is learning to find the strength needed to pull yourself through. Recognizing failures and not being afraid to lose it all to move on.” – Joel Colby / Vocalist of Inimical Drive

Enemy was written as an outlet for vocalist Joel Colby to tell a story of life experiences he’s endured in recent years. “While there’s no particular theme to this EP, it is incredibly relatable and I think the listener will feel the emotion in each song,” says Colby. Inimical Drive’s directive with the EP is to keep their longtime passion for metal going strong and release their most progressive music to-date. “The heavy is all there on Enemy, but we also wanted to make the music accessible without thinking too hard about the process. Everything on the EP was written amongst close friends, hanging out in the studio, with zero agenda and all just before the pandemic hit. The time is right to release this into the world, this is a reminder of how heavy music connects us all.”

Musically, Inimical Drive has been compared and fits alongside heavy hitters such as After the Burial, It Dies Today, Killswitch Engage, and Atreyu. Being a grinding, hardworking band since 2002, Inimical Drive has built quite the following in their hometown of St. Louis, being one of the more well known metal/hard rock acts in their area. “Even though our last LP came out in 2012, we haven’t stopped playing shows since,” says Colby. “We are all about the live experience and really had to prioritize getting back in the studio to make new music”.

Two of the tracks on Enemy were produced and mixed by the late Matt Amelung (Story Of The Year, Greek Fire) and the band completed the EP with friend Jack C Daniels (War of Ages). Enemy will be available on 8/21 via most streaming platforms, with “Reckoning” dropping as a single on 7/31 paired with a music video in the coming weeks.