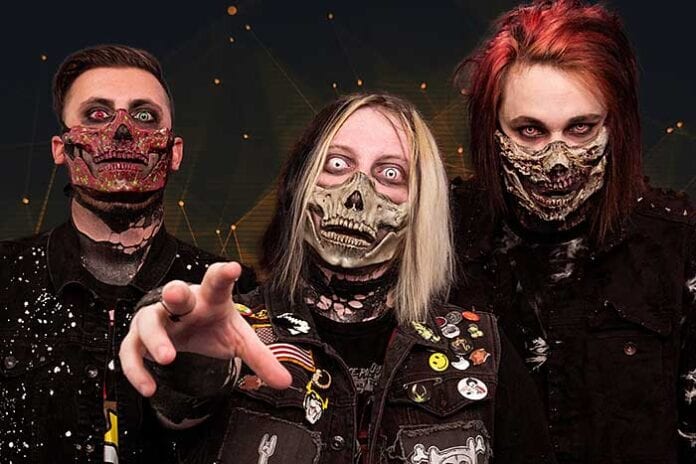 LISTEN TO THE EXCLUSIVE PREMIERE OF OH! THE HORROR’S NEW SINGLE “EATING ME ALIVE” FEATURING KELLIN QUINN OF SLEEPING WITH SIRENS ONLY ON OUTBURN.COM

The single is taken from Oh! The Horror’s upcoming album 1692, which is out June 18. The album title is a direct reference to the Salem Witch Trials.

“‘Eating Me Alive’ is for anyone who has felt stuck in a toxic relationship and had no way out. Where every conversation felt like it was tearing you down and the only reason they are with you is to better their own life by ruining yours,” says the band.

The band’s upcoming new album 1692 is available for pre-order today. The album, which will be released on June 18 through WTTU, is the follow-up to 2020’s full-length Halloween 365. With this new group of songs on 1692, Oh! The Horror is positioned to enlist new legions of listeners.