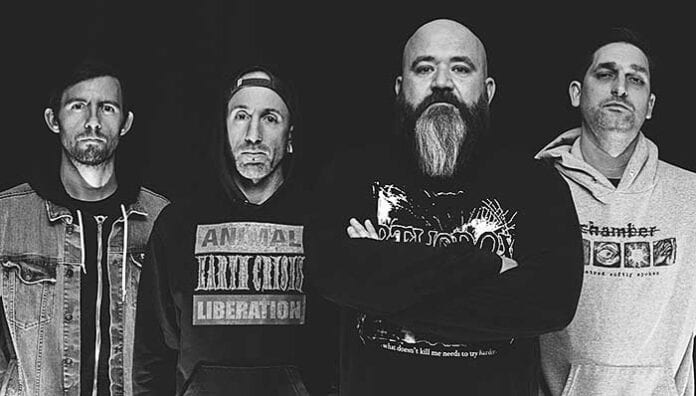 LISTEN TO THE EXCLUSIVE PREMIERE OF THE END OF EVERYTHING’S NEW EP THINGS ARE ABOUT TO CHANGE ONLY ON OUTBURN.COM

The End of Everything burst onto the Las Vegas hardcore scene in 2018 and is comprised of scene veterans looking for an avenue to fuse together their collective love of music. After multiple bands and a few decades, The End of Everything finally got the right recipe for their sound to fully get what they wanted out of a band.

In early 2020, The End of Everything released a digital EP (This Means War) on War Against Records and is concluding the year with their latest effort, Things are About to Change. This record brings a more mature version of the band both musically and lyrically.

Although Things are About to Change isn’t a concept record, the continued thematic elements of lost love, broken friendships, and pain and perseverance can be felt throughout the EP’s entirety.

“This release is probably the most personal lyrics I’ve ever written. While these are things that have happened to me, or things I’ve done to other people, the topics are such that most people can relate. “The Company I Keep” is a plunge into the pain that someone can cause in a relationship or that can be done to you. At the end of the day, the hurt is real, but there is still something that keeps certain people together.” – Joel Staniszewski (Vocals)