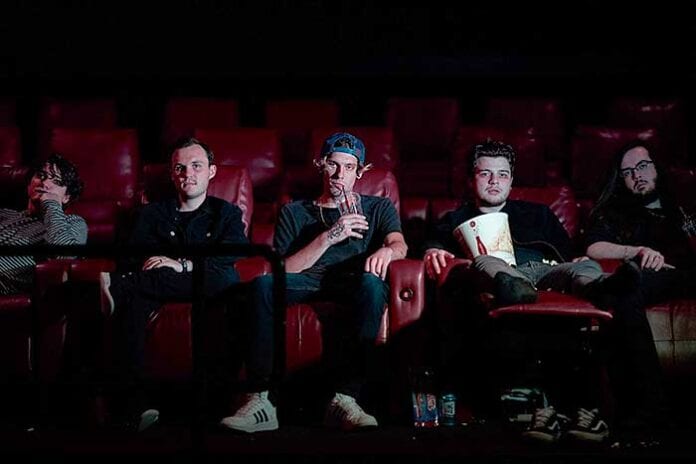 WATCH THE EXCLUSIVE PREMIERE OF THE NEW MUSIC VIDEO FOR “PARANOIA AGENT” BY COLONY COLLAPSE ONLY ON OUTBURN.COM

Denver metal newcomers Colony Collapse have signed to Theoria Records and have unveiled a brand new single, “Paranoia Agent.” The resonating new single is inspired by the Japanese anime show, Paranoia Agent and looks at the cyclical and mundane nature of death and withering.

The process for “Paranoia Agent” began when we realized we had vocal performances and cadences that weren’t quite right for the song we were writing at the moment, however we loved them dearly. They clearly needed a darker soundtrack to live over, so we set out to make a visceral and bloodcurdling track with unnerving textures. We knew we wanted Dave Simonich on it, as we love Signs of the Swarm and share a Pittsburgh origin,” says vocalist Noah Khorey.

Combining ferocious metal with soaring melody, Denver alternative metal outfit Colony Collapse begins a new chapter in 2021, with their signing to Theoria Records. Aiming to captivate listeners with enthralling waves of savagery and grace, Colony Collapse juxtaposes the potent and indelible vocals of Noah Khorey with the melodic guitars of Jaxon Stunden and Keenan Goodwine lurking tantalizingly below.

Following on from 2020’s “Class Cult,” new single “Paranoia Agent” takes a heavier turn with the relentless assault of guitars and a bone crushing rhythm section powering the mighty guest vocal of former Signs of the Swarm frontman David Simonich.