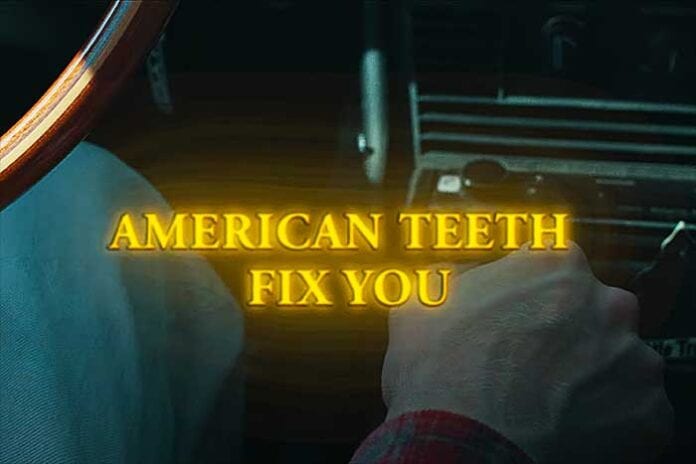 FEARLESS RECORDS recording artist AMERICAN TEETH recently dropped a double single, which features “Fix You” and “E-Girl.” It’s available here. Today, he has shared the cinematic video for “Fix You.” Watch the modern love story, which feels like a mini-movie.

“Visually, I wanted to go for your classic early 2000s pop punk love story video aesthetic, and draw from visual elements of coming-of-age films like Eternal Sunshine of the Spotless Mind,” says American Teeth. “They shot that film in New York City, and I grew up in the Northeast in the emo scene, so I felt like that all connected nicely. [Director] Joe Striff is from Long Island and was back east working on another project, so it was easy to get his crew together and make it happen.”